Italy Quake: 'Migrants Who Have Nothing Help Europeans in Need' 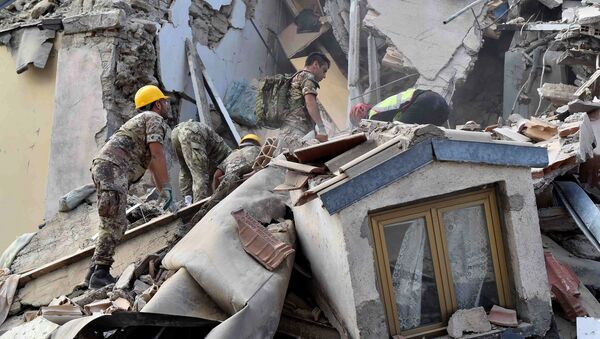 Refugees in Italy’s southern region of Calabria are donating money to help survivors of the devastating earthquake that hit the country earlier this week. Sputnik discussed the refugees' involvement in rescue operations with Giovanni Maiolo - local coordinator of Protection System for Refugees and Asylum Seekers in Italy.

He added that even though most of these migrants are poor, they still decided, in a show of solidarity, to give up a daily allowance of 2 euros to help survivors. They managed to raise 1,000 euros to be sent to people in central Italy.

Russia
Italy Quake: ‘If Italians Had Built Like Japanese, No One Would Have Noticed'
When asked who prompted the refugees to join the rescue operation, he said that it was that sense of empathy that pushed them to do this because they know that Italy was giving them shelter, food and pocket money to live on.

“This is a way for them to say ‘thank you, Italy,’ because they need help and Italy is giving them this help.”

“This is very important to make people understand that migrants are not all terrorists and criminals, that they are human beings and that maybe with this initiative people will see them in a different light, like human beings, not terrorists,” Giovanni Maiolo emphasized.

On Wednesday, a 6.0-magnitude quake shook the central Italian Umbria region, causing damage across numerous towns in several provinces and resulting in the death of almost 300 people. The earthquake was followed by multiple aftershocks.