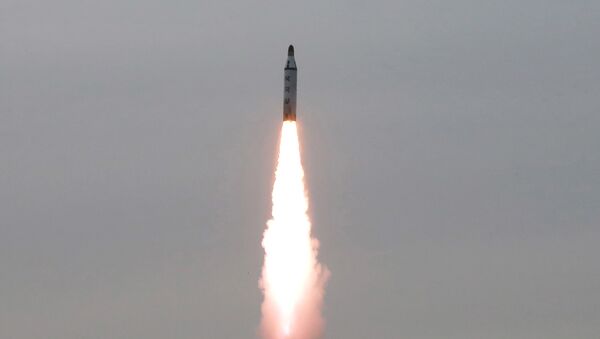 TOKYO (Sputnik) – Kenji Kanasugi, Japanese foreign ministry chief of Asia-Pacific affairs, and US State Department’s Special Representative for North Korea Policy Sung Kim in a phone conversation discussed the recent launch of a ballistic missile from a North Korean submarine, the Japanese Foreign Ministry said in a statement on Friday.

"Both sides agreed that North Korea’s launch of a ballistic missile from a submarine on August 24 is unacceptable, and confirmed their intention to continue to stay in close cooperation on the Issue of North Korea, including at the platform of the UN Security Council," the statement reads.

North Korea's Newest Satellite Passed Over Site of Super Bowl 50
On Wednesday, media reports emerged suggesting that Pyongyang had launched a ballistic missile from a submarine in the Sea of Japan/East Sea. The missile reportedly flew about 500 kilometers (300 miles) towards Japan, allegedly falling in Japan's Air Defense Identification Zone (ADIZ).