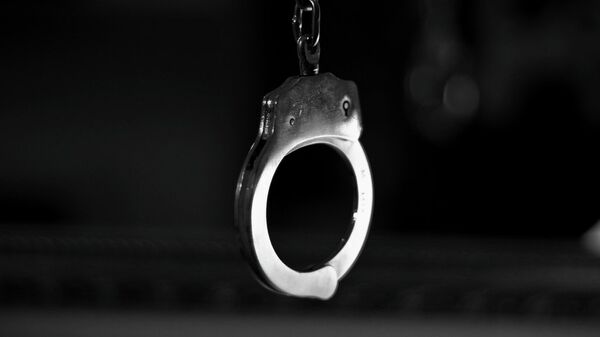 © Ruben Diaz
Subscribe
International
India
Africa
Russian citizen Roman Seleznev, who was found guilty of cybercrimes by the US jury panel, is "on the brink of despair", his father said.

MOSCOW (Sputnik) — Russian citizen Roman Seleznev, who was found guilty of cybercrimes by the US jury panel, is under continuing psychological pressure and is not provided with medical help he requires, Seleznev's father said Friday.

"He has a severe condition following a brain damage and, frankly speaking, my son is on the brink of despair. Yesterday, I spoke with my son after the jury verdict, and he told me that after [the verdict] some kind of specialist visited him, for the first time [during the investigation], the doctor, and asked him a surprising question: if he would consider committing a suicide. They continue to intimidate him. I do not know what the purpose is," Seleznev's father, Russian lawmaker Valery Seleznev told RIA Novosti.

He added that his son was not going to hurt himself or anyone, as "he has health issues but not mental issues."

Russia
Moscow Following US Court Process Involving Russian Citizen Seleznev
On Thursday, Seleznev was found guilty by a jury panel at a US court of cybercrimes. Seleznev, 32, who is the son of Russian parliament member Valery Seleznev, was charged with 38 counts of bank fraud, hacking into secured computer networks, possession of illegal hacking devices as well as aggravated identity theft.

According to the court ruling announced by US District Judge Richard Jones, Seleznev's sentencing will be pronounced on December 2.