While We Focused on #Traingate, UK Gov't Bid Farewell to the Human Rights Act 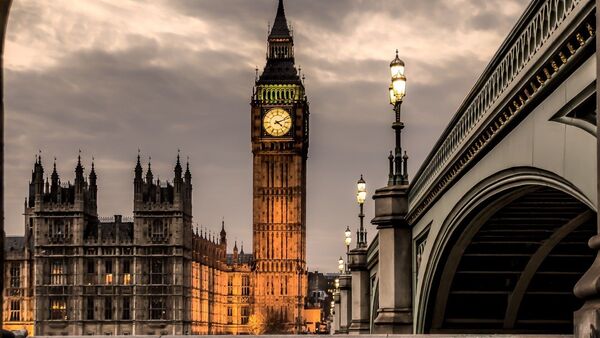 This week has seen a new set of highs and lows for the Labour leadership bid, but who can forget #TrainGate, when Mr. Corbyn boarded a Virgin Train and then tweeted that he could not find a seat and had to cower in the corner of the carriage.

What followed was a media onslaught of whether Corbyn lied or was actually telling the truth. Virgin Trains released footage of Mr. Corbyn passing unfilled seats. Unsurprisingly, his media team responded by saying he was telling the truth.

Labour will oppose any attempt to scrap Human Rights Act. The Justice Secretary should heed words of Lord Bingham: pic.twitter.com/lt8I44ZX4l

So while we watched all this unfold in great anticipation, the Conservative party proceeded with their plans to scrap the Human Rights Act. And Corbyn was a great distraction.

What is the Human Rights Act?

The Human Rights Act of 1998, guarantees every UK citizen the opportunity to defend themselves in domestic courts under rights granted them by the European Convention on Human Rights.

But this will all be changing it seems. This week, the government pushed forward with the Bill of Rights.

Instead of a guaranteed set of rights, worked through by human rights champions and lawyers from across Europe, the rights of the British people will be managed by civil servants in Westminster.

The newly-appointed Justice Secretary and Lord Chancellor, Liz Truss confirmed the plans in an interview earlier this week to reassure Conservative voters of the manifesto pledge to replace the act with a British Bill of Rights. Truss insisted that there was no plan to drop the proposal.

"We are committed to that. That is a manifesto commitment," she said.

"I'm looking very closely at the details but we have a manifesto commitment to deliver that."

Prime Minister Theresa May said in a speech in April that she was strongly in favor of legislation which "protects human rights in a way that doesn't jeopardize national security or bind the hands of parliament."

"A true British Bill of Rights, decided by parliament and amended by parliament, would protect not only the rights set out in the convention, but could include traditional British rights not protected by the ECHR such as the right to trial by jury," Mrs. May said.

Amnesty International (AI) have campaigned tirelessly to keep the human rights act and in a statement, one of their spokespeople told Sputnik that even though some may not have used the act, it is an invisible safety net there to protect us all.

Please, if you can, take time to sign this! https://t.co/fFEca4J8vR

"The Human Rights Act protects the fundamental rights we all have as human beings and allows us to challenge authorities if they violate them. It is a crucial protection for the most vulnerable, from women fleeing their homes after domestic violence to older people in care homes," an AI spokesperson told Sputnik.