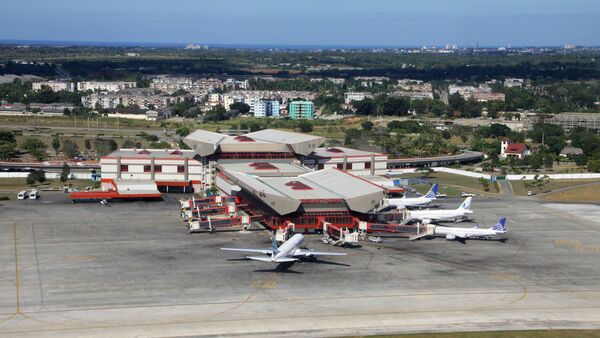 JetBlue to Launch First US Flight to Cuba on August 31
MOSCOW (Sputnik) – Regular commercial flights between Cuba and the United States will be re-launched on August 31, Cuban Deputy Transport Minister Eduardo Rodriguez announced.

"The resumption of regular direct flights is a positive step and a contribution to the process of improving relations between the two countries," Rodriguez said as quoted by El Nuevo Herald on Thursday.

The first direct flight, run by US airline JetBlue, is set to take off from Fort Lauderdale, Florida on August 31. It will fly to the Cuban city of Santa Clara.

It will be the first direct commercial flight between the two countries since the 1960s.

July 20 marked the first anniversary since the United States and Cuba reestablished full diplomatic relations by reopening embassies in their respective capitals after 54 years of hostility.