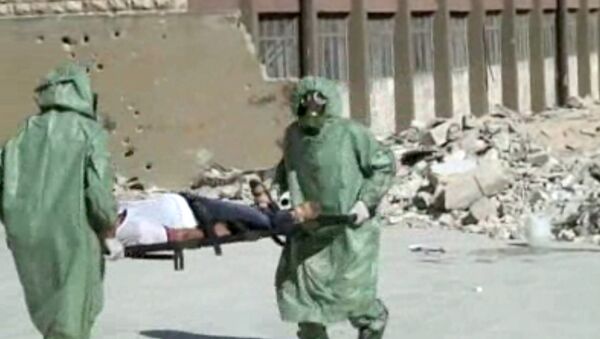 The UN Security Council must take tough measures following the report indicating the usage of chemical weapons in Syria, French Foreign Minister Jean-Marc Ayrault said in a statement on Thursday.

Syrian Opposition May Be Behind 2013 Ghouta Chemical Attack - French General
MOSCOW (Sputnik) – On Wednesday, the UN and Organization for the Prohibition of Chemical Weapons (OPCW) released the results of a probe into chemical weapons attacks in Syria in 2014 and 2015 that implicate the Syrian government was involved in two and Daesh terrorist group in one attack.

"That requires a reaction consistent with the seriousness [of using chemical weapons]. Consequently, the [UN] Security Council must fulfill its obligations," Ayrault said, adding that France is already working on the issue.

In August 2013, a mission to eliminate Syria's chemical weapons was announced after a deadly gas attack that killed hundreds outside Damascus. On January 4, the OPCW announced that all chemical weapons in Syria had been destroyed.