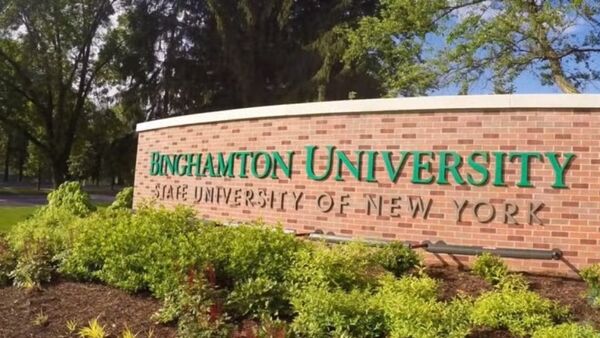 Debate is swirling around a course offered at the State University of New York at Binghamton (BU), instructing its students to “Stop White People.”

The course, called "#StopWhitePeople2k16," is a training class for residential assistants (known as RAs) teaching how to handle "uneducated people" in situations dealing with race. The description also says the course was developed to "help others take the next step in understanding diversity, privilege, and the society we function within."

News of the class went viral, with people claiming the title and content were divisive, and stirred up anti-white sentiment. The university responded saying the class title was based on a hashtag and is meant to be used sarcastically.

Brian Rose, VP of Student Affairs at BU said, "The optional program was developed by the students themselves, supported by a young professional staff person. Its purpose, as conceived, was to facilitate a discussion among the RAs that would improve their ability to handle conflicts among residents around issues of diversity."

Between 40 and 50 RAs attended the training, according to Rose, discussing segregation, relationships with police, crime and reverse racism. He said these discussions helped to "cultivate an environment where our students listen to one another, learn from one another and do so in a manner that doesn't cause unnecessary harm."

The official RA guide says the course is meant to help foster "an environment where interaction between people of different cultural and ethnic backgrounds, as well as the sharing of divergent opinions and beliefs, are respected and welcomed."