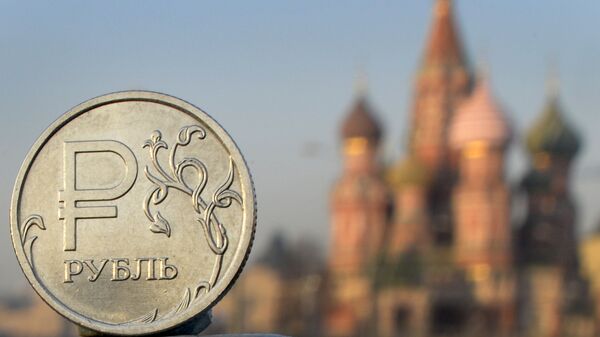 Russia
European Firms Find Loophole to Trade With Crimea Despite Sanctions
For instance, the difference in yields on bonds of Rosneft, which is under sanctions, and bonds of Gazprom, which is not, has neared to the levels of the pre-sanctions period in 2014, Bloomberg reported.

The reason is that investors are optimistic about emerging markets and "thirsty for yields." Currently, popular financials instruments with fixed income provide too low interest rates for markets players who seek high returns from investment.

"Investors have been so bullish on emerging-market credit, they don’t seem to differentiate the risk among Russian issuers," Yannick Naud, the head of fixed income at Bank Audi SAL’s Geneva-based unit, told Bloomberg.

At the same time, some analysts recommend looking at each company on a "case-by-case basis," independently of the fact of sanctions.

"While there’s still a sanctions premium, it’s come down due to market trends and not due to a change in the attitude toward these companies. Everyone is buying emerging-market debt," IGN Group analyst Egor Fedorov explained.

Russia
Stronger Ruble Reveals Huge Potential for Russian Economy's Recovery
On July 1, the European Union extended sanctions against Russia for another six months, until January 31, 2017. Western sanctions were imposed over the situation in eastern Ukraine and Crimea’s reunification with Russia. The sanctions included a number of Russian state-owned companies, including Rosneft.

Two years after a slump in global oil prices and the introduction of sanctions, the Russian economy is restoring its investment attractiveness, according to a recent article in The Wall Street Journal.

In 2016, the Russian Micex stock index has increased by 25 percent, making Russia the six-best performer among 23 emerging economies tracked by MSCI. The ruble has grown 13 percent against the US dollar, ranking third among all emerging markets, according to JP Morgan Chase.

World
Follow the Money: US Companies Shrug Off Politics and Invest in Russia
"The correct steps taken by the Russian central bank have restored confidence in the ruble and its macroeconomic policy," Andrei Kutuzov, a portfolio manager of the Wasatch Emerging Markets Small Cap fund, told the newspaper.

The fund left the Russian market in late-2014 but recently returned with large investments in one of Russian retail companies.

Capital Group, which manages nearly $9 billion in emerging market debt, is seeing improvements in the Russian economy and continuing to invest in Russian bonds.

In 2016, international investors have put $1.3 billion into funds that invest in Russian bonds and stocks, data from EPFR Global revealed.

"I think that Russia has already seen the beginning of a bounce, with oil stability having a positive impact on confidence. The fiscal numbers remain robust because of oil. […] I think investors are seeing an improvement for 2017," Mike Reynal, a long-time Russia and emerging markets investor, told Forbes.