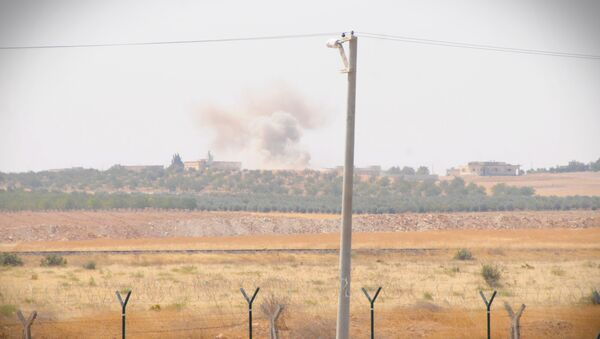 Earlier in the day, Ankara's military crossed into Syria with a stated aim of freeing the city of Jarablus from Daesh and eliminating threat from Kurds.

"Syria condemns the movement of tanks and armored vehicles from Turkey across the border toward the town of Jarablus, with air support from the US coalition, and considers this to be a blatant violation of sovereignty," the source said.

According to the source, the Syrian Foreign Ministry demands that the United Nations takes action to stop Turkish "aggression."