San Marino Committee: Only Paralympians With Positive Doping Test Must Be Banned 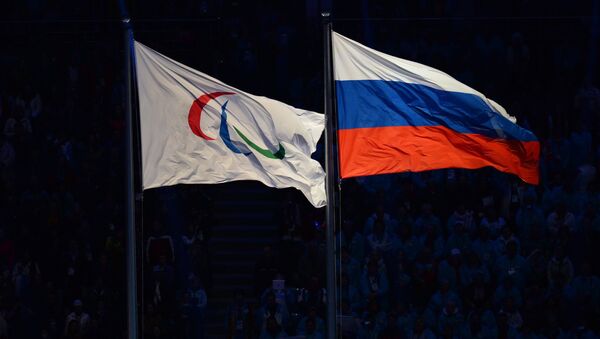 © Sputnik / Maksim Bogodvid
/
Go to the mediabank
Subscribe
International
India
Africa
Only those Russian paralympians who tested positively for doping should have been banned from the upcoming Paralympic Games in Rio, President of San Marino Paralympic Committee Daniela Del Din told Sputnik Wednesday.

"I think that this fact is very bad for the Olympic and Paralympic sport, this situation shouldn't exist. The correct decision would have been to suspend only the athletes [tested] positive and not all," Del Din said.

On August 7, the IPC chief suspended Russia from the Games, citing its alleged failure to comply with the organization’s anti-doping rules. Russian Paralympic Committee President Vladimir Lukin replied that the body had "irrefutable evidence" of compliance with global anti-doping obligations.

"Certainly, the Paralympic sport does not benefit from this," the president added.

The doping scandal involving Russian athletes, simmering since 2014, escalated in July when an independent World Anti-Doping Agency (WADA) commission published a report accusing Russia of having a state-run doping program and urging the International Olympic Committee to consider a blanket ban on the entire Russian team. According to WADA, among the positive doping samples that have allegedly disappeared in the Moscow testing laboratory, 35 were from Paralympic athletes.