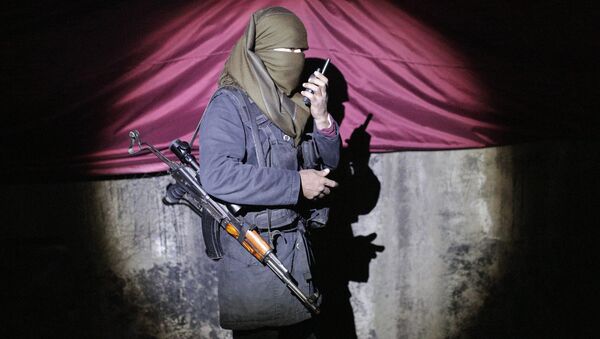 ALEPPO (Sputnik) — According to the Lebanese As Safir newspaper, the proposal was made via official channels during a meeting of representatives of the Kurdistan Workers' Party (PKK) and Riyadh.

Washington 'Galvanized' Kurds to Attack Syrian Army in Hasakah
Saudi Arabia has repeatedly proposed to support Kurdish combat actions against the Syrian army and the main condition for getting the aid is a continuation of fight all across Syria, where the Kurdish fighters are present, the newspaper reported, citing PKK sources.

Fighting between the Kurds and the Syrian government troops started in the city of Hasakah in the northeast of the country on August 16. According to the Syrian army, the Kurds attacked Syrian army positions and attempted to capture the city. The Syrian Air Force, in turn, twice attacked positions of the Kurdish militants.

Kurds are Syria’s largest ethnic minority. The Kurdish population also lives in Turkey, Iran, and Iraq. Syrian Kurds say they want to be part of Syria and do not strive for independence, yet have previously called for more autonomy. In March, they declared a federal region in northern Syria. The Syrian government responded by saying that the Kurds’ unilateral decision had no legal power.