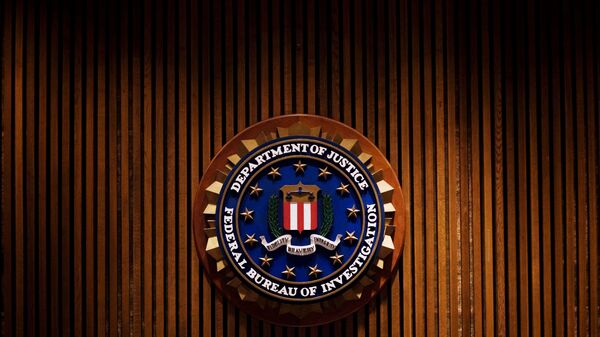 © AFP 2023 / Mandel Ngan
Subscribe
International
India
Africa
The Boston office of the FBI has been ordered by a federal judge to disclose information about the Massachusetts Joint Terrorism Task Force (JTTF), including the resources they use, the number of open cases they have had since 2014, and the number of agents assigned to the task force.

The order comes as a response to a lawsuit leveled by the Massachusetts American Civil Liberties Union (ACLU), asking for the information through a Freedom of Information Act public records request three years ago. The FBI’s claim that the documents are exempt from regulations concerning public records because they reveal law enforcement procedures and techniques, was rejected by US District Judge Allison D. Burroughs.

The bureau argued that the information would "reveal the resources provided to operate the Massachusetts JTTF…. Armed with this information, criminals would have an idea as to where the FBI is focusing its limited resources."

In a 17-page decision released Wednesday, Judge Burroughs stated that disclosing information about budgeting and staffing would not impact the agency negatively. She wrote, "The historic, generic staffing and budget information, such as the number of parking spots allocated to the Massachusetts JTTF, or the maximum overtime pay, does not disclose how the Massachusetts JTTF actually goes about investigating crimes."

Although Burroughs ordered the FBI to disclose the number of cases they have had since 2014, she did not compel them to disclose the classification of those cases, as that would reveal how the FBI prioritizes cases.

ACLU staff attorney Jessie Rossman responded to the decision in a statement saying, "While the authority and power of Joint Terrorism Task Forces have exploded in recent years, the FBI has refused to provide even basic information about how these task forces operate. The ACLU brought this lawsuit to remove the shroud of secrecy."

Judge Burroughs gave a similar order to the second defendant in the case, the US attorney’s office in Massachusetts. At first the office said it would not respond to the ACLU request, then later claimed that whatever relevant documents they had should be treated the same as those of the FBI. Burroughs ordered them to comply, and search for any relevant records.

The ACLU filed its public records request while the Massachusetts task force was under scrutiny for its terrorism investigation procedures, particularly when it was discovered that one of the Boston marathon runners, Tamerlan Tsarnaev, was not on the radar of federal agencies, even though he had been displaying extremist behavior. The task force also faced criticism for staging a cover-up when an FBI agent shot Ibrahim Todashev, a friend of the Tsarnaev brothers.

The ACLU is seeking information on the Todashev shooting as well, but the judge has yet not ruled on the request.

So far, the FBI has released 1,849 pages of the requested information, but 784 of those were fully redacted, and 162 were partly redacted. Judge Burroughs allowed the bureau to conceal information related to law enforcement procedures and investigations because they fall under public records exemption laws.

"The court finds that the FBI has not satisfied its burden of demonstrating that [the exemption rule] applies to these staffing and budget materials," she said.