US Awards $2.6Mln Contract for Development of Zika Antibody Test 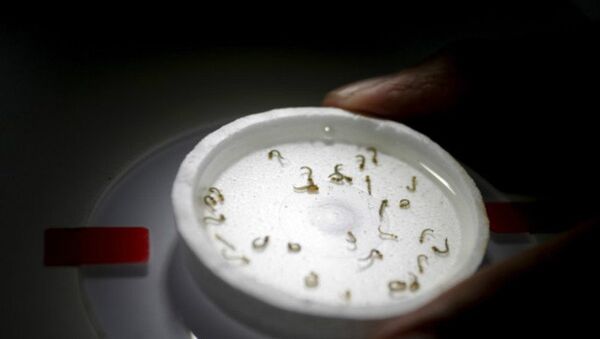 US Declares Public Health Emergency in Puerto Rico Due to Zika Virus
WASHINGTON (Sputnik) — DiaSorin Group, an Italian-based company with offices in the United States, has reached a $2.6 million agreement with the US government to develop a test that would detect the Zika virus even if it is not present in blood, the US Department of Health and Human Services (HHS) Office of the Assistant Secretary for Preparedness and Response (ASPR) said in a statement on Monday.

Most people infected with the Zika virus do not develop symptoms and are thus unlikely to be tested while the virus is active in their blood. The new test would detect antibodies present in the body between two weeks and three months after infection, according to the HHS.

US Begins Human Clinical Trials of Zika Vaccine
Additionally, the test can run up to 120 samples at one time, which the health agency noted is important to combat the virus on a global scale.

Last week, officials in the US state of Florida announced that they identified five additional cases of locally-transmitted Zika virus, bringing the total number of confirmed cases in the state to 26.

The current Zika outbreak began in Brazil in the spring of 2015. The virus is transmitted by daytime-active mosquitos and does not cause serious complications in healthy adults, but can cause severe brain defects in infants.