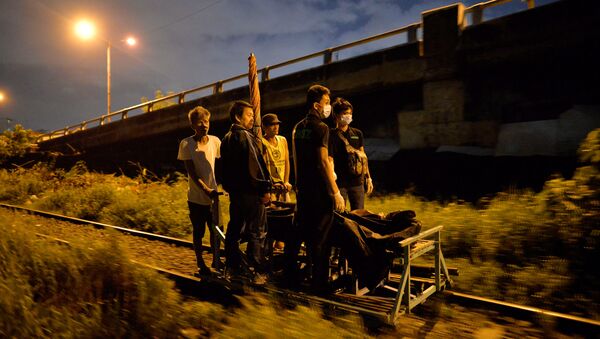 712 individuals were killed in the Philippines since July 1 during the police anti-drugs operations and another 1,067 killings had been committed by vigilante groups in the same period, according to media reports.

Philippines President Threatens to Quit UN
MOSCOW (Sputnik) — At least 712 individuals have been killed in the Philippines since July 1 during the police anti-drugs operations, ordered by President Rodrigo Duterte in a bid to end drug crimes in the country, media reported Monday.

Ronald dela Rosa, the Philippines’ police chief, said another 1,067 killings had been committed by vigilante groups in the same period, The Guardian reported.

The official tally in almost two months is higher than the majority of unofficial killings' counts since Duterte was sworn in, the media outlet added.

Philippine President Declares New Ceasefire With Rebels Ahead of Peace Talks
Duterte was sworn in on June 30 after winning the election by a landslide. He immediately launched an anti-drug campaign and vowed to end criminality in the country within six months.

The United Nations and numerous human rights groups, however, claim that his campaign had led to a surge in killings of suspected drug addicts and dealers. The UN special rapporteurs demanded on August 18 that the country respect the basic human rights. Several days later, Duterte threatened that his country could leave the UN after the organization urged him to end what it deems extrajudicial killings.