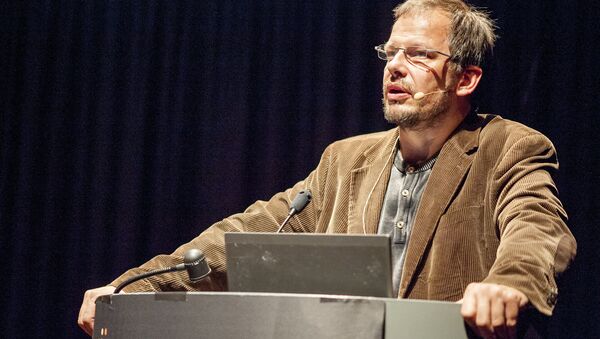 German journalist and producer of the film on doping in Russian sports Hajo Seppelt said that he is receiving daily threats and insults as part of his profession, in an interview published Sunday.

MOSCOW (Sputnik) — The German journalist added that he had become an expert in the field of the use of doping in Germany before releasing the film on Russian athletes.

"I get daily threats, insults. It is not easy. I reveal the truth. Russia is my last debunking, but I also revealed many other frauds," Seppelt told Italian La Gazzetta dello Sport newspaper.

Following the 2014 release of the film titled "The Doping Secret: How Russia Creates Champions" on alleged doping abuse and corruption in Russian sports, the World Anti-Doping Agency (WADA) launched an investigation into the allegations.

In July, an independent WADA commission led by Canadian law professor Richard McLaren presented a report based on the investigation results, in which Russia was accused of running a state-wide doping program, urging the International Olympic Committee to consider a blanket ban on the entire Russian team.