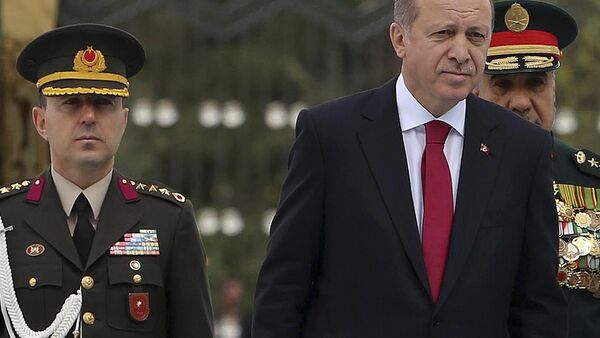 Turkey and Venezuela have agreed on strengthening cooperation, including in the energy sphere, Venezuelan Foreign Minister Delcy Rodriguez said after a meeting with Turkish President Recep Tayyip Erdogan.

MEXICO CITY (Sputnik) – According to the foreign minister, Turkey and Venezuela have agreed to revive political consultations and have worked out a new model of cooperation in the energy sector, to encourage Turkish investment in Venezuela in exchange for the export of oil and other products from Venezuela to Turkey.

"We held a meeting with President Erdogan, expressed our willingness to relaunch our cooperative relations," Rodriguez said, as quoted by Venezuela's El Universal newspaper on Friday.

Venezuela has been in a state of an economic emergency since January, with product shortages having become widespread in the country. Venezuela’s opposition has blamed President Nicolas Maduro for the economic crisis.

Earlier this week, Maduro said he would act much tougher than his Turkish counterpart in case of a coup attempt in Venezuela.

Ankara has accused dissident Muslim cleric Fethullah Gulen, who has lived in the US state of Pennsylvania since 1999, and his followers of playing a key role in the coup.