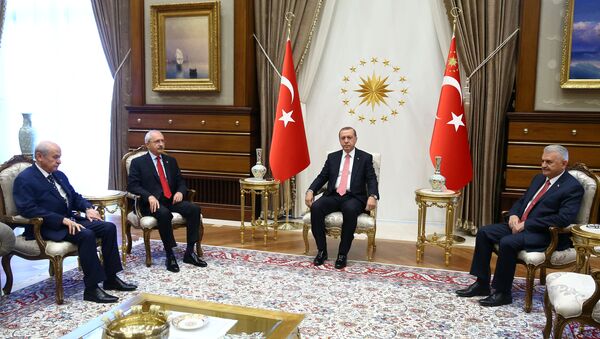 © REUTERS / Kayhan Ozer
Subscribe
Turkey’s parliament, the Grand National Assembly, ratified on Saturday a bill on the normalization of the country’s ties with Israel, ending a six-year period of tense relations, media reported.

Turkey 'Wants Assistance From Israel' That it Did Not Receive From US
MOSCOW (Sputnik) – The normalization agreement, according to the Haaretz newspaper, requires Israel to transfer $20 million to Turkey within 25 days for a 2010 raid on a Turkish flag-bearing vessel that killed ten Turkish activists.