At Least 1,500 People Evacuated Due to Wildfire on France’s Oleron Island 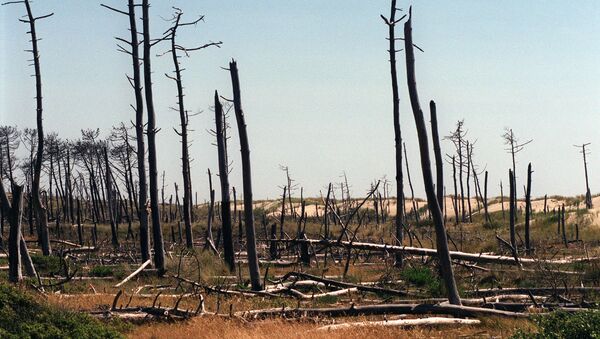 French authorities have evacuated at least 1,500 people due to the spread of wildfire on the French island of Oleron in the Atlantic Ocean.

World
Russian Planes Save Four Settlements, Two Parks From Fire in Portugal
MOSCOW (Sputnik) — Over 60 firefighters were mobilized early on Friday after a fire broke out at the Le Signol camping site on Oleron, the France Bleu news outlet reported.

Four people have reportedly received minor injuries from inhaling fumes. Two adults, a child and a firefighter have been taken to hospital.