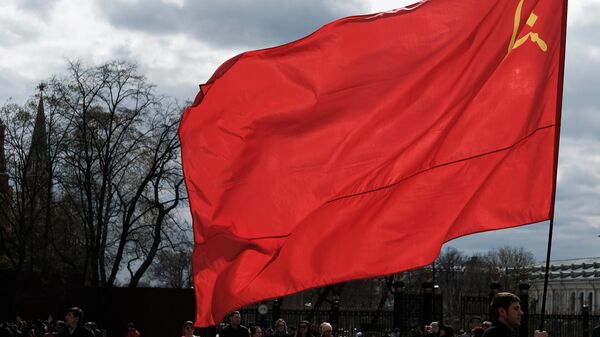 © Sputnik / Alexander Vilf
/
Go to the mediabank
Subscribe
International
India
Africa
The Soviet Union received in the early 1990s assurance from NATO that the alliance would not expand toward the USSR border, the last Soviet foreign minister, Boris Pankin, said.

STOCKHOLM (Sputnik) — The Warsaw Pact on collective defense between the USSR and seven satellite states in Eastern and Central Europe was terminated in 1991, nine months before the collapse of the Soviet Union itself. The Council for Mutual Economic Assistance that also included the USSR and its Eastern and Central European allies, as well as some other communist states, ceased to exist also in 1991. The withdrawal of Soviet forces from Easter Europe was expected to be completed within two years by late 1990.

"The thing is that when all these steps were taken while [Mikhail] Gorbachev was in power — the dissolution of the Warsaw Pact, and the dissolution of the Council for Mutual Economic Assistance, and the withdrawal of troops [from Eastern Europe in the late 1980s] — all of it was perceived positively, that's how naive people were… And they assured that reciprocal steps were and would be taken. As for NATO, such promises were given to me as well," Pankin said in an interview to RIA Novosti.

Why Didn't Washington Dissolve NATO After Collapse of USSR?
Pankin, who served as the USSR ambassador to Czechoslovakia in 1990-1991, said then German Foreign Minister Hans-Dietrich Genscher admitted to him once they felt "a great pressure from Eastern European new regimes," that were members of neither the European Union nor NATO at the time. Genscher said there was great pressure, with Eastern European countries willing to join Western alliances, while Western states did not want them to join the blocs at the moment.

According to Pankin, Genscher was one of the first of Western officials who shared with him thoughts on transforming NATO from a purely military bloc into a military-political alliance.