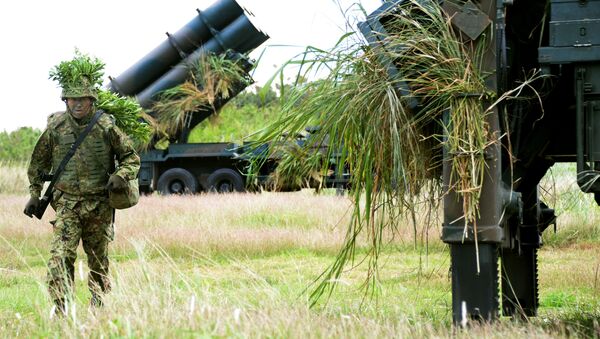 TOKYO (Sputnik) – According to the Nikkei newspaper, the ministry believes that the budget increase is necessary due to the growing North Korean missile activity and tensions with China over disputed islands in the East China Sea.

Japan Plans to Improve Defense Against N Korean Missiles Within 5 Years
Among other things, the budget, which is set to be 2.3 percent larger than in the fiscal year 2016, will be spent on acquiring the Standard Missile-3 Block IIA next-generation missiles developed jointly with the United States. These missiles are set to be deployed on Japanese warships for protection against North Korean missile threat.

In response to the alleged Chinese maritime activity near Japanese shores, the ministry is expected to propose to upgrade surface-to-ship missiles stationed on the Sakishima Islands in the Okinawa prefecture and the US-designed F-15 fighters deployed at a military base in Okinawa.

The budget increase is the fifth in a row, as under Prime Minister Shinzo Abe the Defense Ministry has been receiving greater funding each year since 2013.