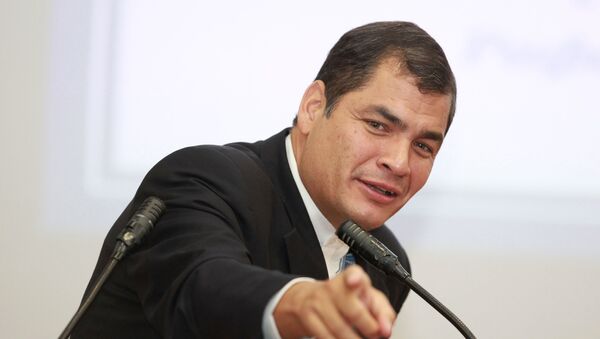 Ecuador’s President Rafael Correa announced that he does not plan to take part in the presidential elections to be held in the country in 2017.

MEXICO CITY (Sputnik) – He thanked his supporters for having gathered 1.25 million signatures in a month and a half in favor of his candidature at the upcoming elections.

"I am sure that I would defeat them again if I were a candidate…But my decision is taken. I have a debt to my family, and, above all, there are valuable AP [PAIS Alliance party] shots that can take the lead," Correa wrote on Twitter.

Correa was elected president in 2006. He was re-elected in 2009 after a new constitution came into force in Ecuador. In 2013, he won in presidential elections for the third time.

The PAIS Alliance (Proud and Sovereign Fatherland Alliance) is a socialist political party led by Correa and founded in 2006.