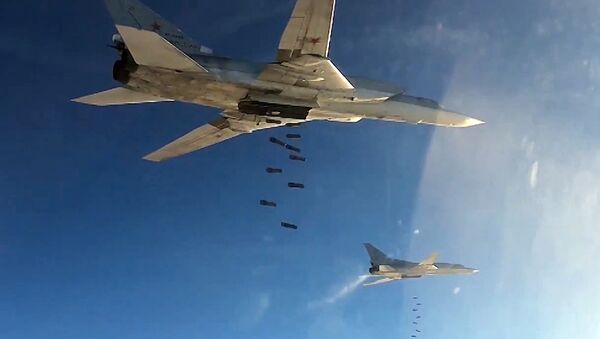 Ekaterina Blinova
All materialsWrite to the author
The deployment of the Russian Tu-22M3 strategic bombers and Su-34 strike fighters is an important symbolic move which signals a stronger Russian commitment to the defense of Syria against the foreign invaders, The Saker told Sputnik, adding the move also "seals Iran's status as the most powerful country in the Middle-East."

While the West struggled to reconcile itself to the unexpected Russo-Turkish thaw, the agreement struck by Moscow and Tehran to bolster bilateral military strategic ties has literary caught Western capitals off guard.

In accordance with the deal concluded between Russia and Iran, Moscow deployed its Tupolev Tu-22M3 long-range strategic bombers and Sukhoi Su-34 strike jets at the Hamadan airfield in Iran to enhance the countries' joint campaign against Daesh (ISIS/ISIL) in Syria.

Unlike US, Moscow Pursues Clear, Transparent Objectives in Syria
What lies behind Moscow's decision to use Iran's Hamadan airbase to attack terrorists? And why is the West fuming over the Russo-Iranian move?

"Tehran's decision to allow Russia to use the Hamadan airbase will greatly facilitate the operations of the Russian Aerospace Forces against Daesh [ISIS/ISIL]," The Saker, a US-based top level European military analyst, told Sputnik, highlighting three major "technical" reasons behind the move.

"First, using Hamadan, as opposed to using airfields in southern Russia, will greatly reduce the flight time to targets in Syria, allow the Russian aircraft to conduct more fuel efficient missions and to carry heavier weapon loads," he narrated.

"No less important is the fact that using Hamadan will greatly complicate the US/NATO efforts to warn their 'good terrorist' allies about incoming Russian airstrikes: it will be harder for the US to detect Russian aircraft and when they do, they will have less time to warn their proxies on the ground," the military analyst explained. 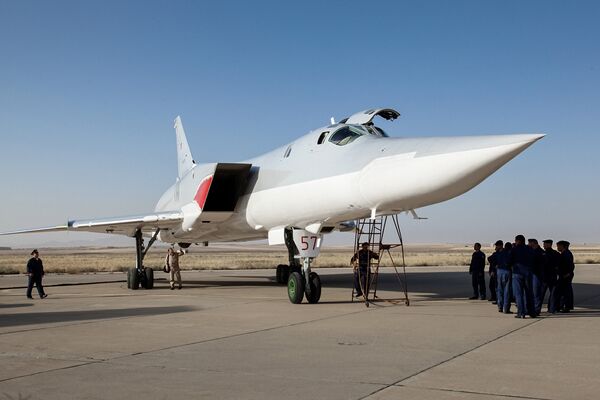 "Furthermore," he pointed out, "Hamadan is located in a very safe and well protected part of Iran which would be far safer to operate from than Hmeymim in Syria (which is located 1000 km (621 ml) from Russia but only 50 km (31 ml) from the Turkish border)."

"I would say that Hamadan is an ideal location to operate from for the Russian Aerospace Forces," he emphasized.

But that's half the story, according to the military analyst. The Saker called attention to the fact that the decision to deploy Russia's bomber at the Hamadan airfield is also an important symbolic move.

"The main reason for the Russian decision to use Hamadan is not only a technical one.  The fact that the Iranians have now publicly made this base available to Russia indicates a deepening of the strategic collaboration between these two countries and a stronger Russian commitment to the defense of Syria against the foreign invaders, something which Tehran had been wanting the Russians to do for a long while," The Saker highlighted.

Why West is Against Russia's Use of Iran's Airbase to Crush Terrorists in Syria
The military analyst pointed out there the Iranians feared that Russia's commitment to the Syrian peace process could be used by Daesh and al-Qaeda terrorists to regroup, rearm and reorganize. However, the Kremlin's recent move has dispelled Tehran's doubts.

"The Russian move to Hamadan indicates that the Kremlin is serious about hitting Daesh as hard as need be to protect Syria from the Takfiri [radical Islamist] invasion," he remarked.

The Saker emphasized that in contrast to Turkey, the Iranians have always been trustworthy "even if their interests [have not been] always the same as Russia's, and that is how it should be." 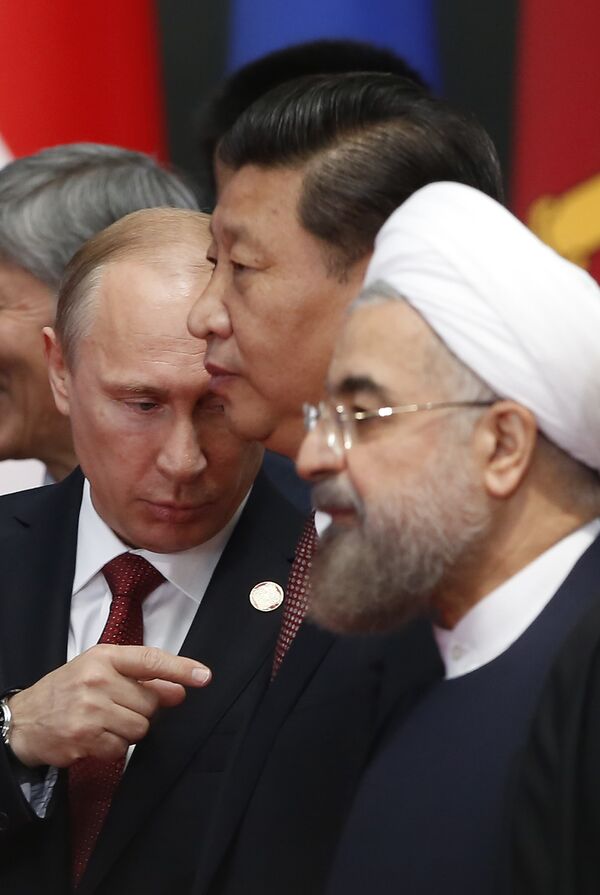 "I would characterize the relationship between Russia and Iran as a strategic partnership of two different but equal parties who collaborate with each other but who retain their own, sovereign, agenda.  This is not a formal alliance but, in a way, this is even better as it is something much more flexible and viable in the long term.  This is also similar to the kind of strategic partnership Russia has with China, even though the one with China is far deeper and really should be called a 'strategic symbiosis'," he elaborated.

Russia Uses Airbase in Iran as a Safeguard Against 'Satellite Surveillance'
It should be noted in this context, that Iran is playing a vital role both in the China-led One Belt One Road (New Silk Road) initiative and in the Russo-Iranian-Indian North-South International Transport Corridor project aimed at bolstering Eurasia's integration and economic development.

Iran is emerging as an influential geopolitical player in the Middle East, committed to the multi-polar world concept.

Enhancing its relations with Turkey and Russia Iran is pushing ahead with the idea of the trilateral coalition aimed at resolving the Syrian crisis.

However, such a coalition does not fit into the US-NATO plans.

"The West is clearly unhappy about the boost in Russian capabilities the move to Hamadan represents," The Saker remarked.

Russian-Iranian Cooperation in Syria is a 'Slap in the Face to US and NATO'
Indeed, over the past few days Washington has openly signaled its dissatisfaction with the Russo-Iranian move.

On Tuesday, US State Department deputy spokesperson Mark Toner told reporters that Washington is looking into whether Russia has violated a UN Security Council Resolution 2231 by deploying Tu-22M3s and Su-34s to an Iranian air base.

In response, Russian Foreign Minister Sergei Lavrov explained to American policymakers why the Russo-Iranian decision fully complies with the international law and does not violate the resolution.

"According to this resolution, supplies, sale and transfer of certain types of weapons, including combat aircraft, should be agreed with the UNSC. In the case we are discussing, there was no supply, sale or transfer of combat jets to Iran. These jets are used by the Russian Aerospace Forces to conduct an anti-terrorist operation in the Syrian Arab Republic at the request of the legitimate Syrian leadership," Lavrov stressed.

"The West is truly horrified by the deepening of the strategic partnership between Russia and Iran," The Saker told Sputnik.

"At a time when the 'American Empire' is greatly weakened and generally clueless, the partnership between Iran and Russia has an immense potential, something which greatly angers and frightens the neocons," the military analyst underscored.

Furthermore, "this development also clearly seals Iran's status as the most powerful country in the Middle-East, something which horrifies the Israelis and, even more so, the Saudis.  For Iran to get the Russians to commit the way they now have is a major political success," The Saker concluded.