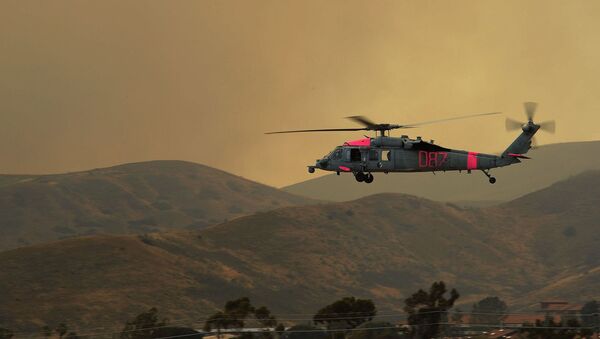 The Blue Cut fire in San Bernardino County, California has burned 31,600 acres and is only four percent contained, the California Department of Forestry and Fire Protection (Cal Fire) said in a message on Thursday.

Blue Cut Fire in California Forces 82,000 to Flee Homes
WASHINGTON (Sputnik) — Approximately 34,500 homes have been evacuated since the fire started on Tuesday morning, which has affected nearly 83,000 people, the department added.

Earlier on Thursday, Cal Fire noted that 1,584 firefighting personnel are involved in the effort to put out the massive blaze.