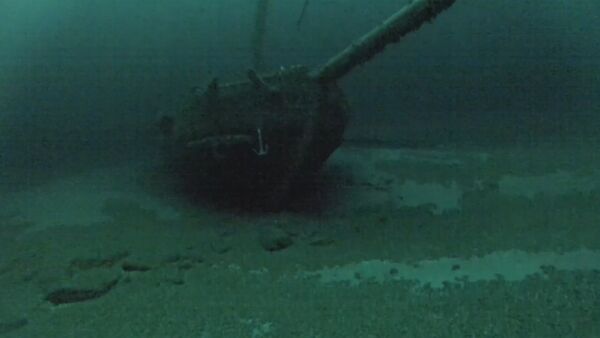 Echoes of War: British WWII Submarine Wreck Discovered in Mediterranean
A team of three archeologist-enthusiasts from New York State discovered the wreck deep at the bottom of Lake Ontario. Adventurers Jim Kennard, Roger Pawlowski and Roland Stevens identified the vessel using high-resolution side-scan sonar in late June. It took several more weeks to confirm that the discovery was the same ship known to have sunk there in 1803.

Long Lost Ship from Vasco da Gama's Voyage to India Discovered Off Oman
According to Kennard, the Washington is the second-oldest shipwreck found on the bottom of Lake Ontario. It is almost intact, sitting on its keel with its mast standing almost vertical.