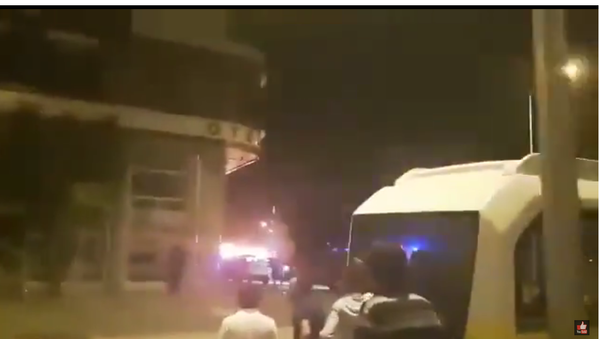 Local authorities have not yet confirmed who is behind the strike in Van although residents suspect that the attack was carried out by PKK terrorists opposed to the Erdogan regime. Local reports indicate that three have been killed and 40 have been wounded by the major terror attack with ambulances continuing to swarm to the scene to tend to the victims of the lethal strike.

​There has been reportedly the outbreak of shooting or armed clashes in the wake of the blast. Reports from the Dogan news station indicate that the target was a station that also serves as a police barracks.

The population of southeast Turkey is primarily Kurdish and the area has seen intense violence since a nearly three year ceasefire between the state and the outlawed Kurdistan Workers Party (PKK) fell apart in July last year. The PKK has routinely targeted both police and military targets in recent months.

Reporting from the scene indicates that at least one person has perished as a result of the attack and as many as 20 are injured according to initial counts in the horrific strike.​