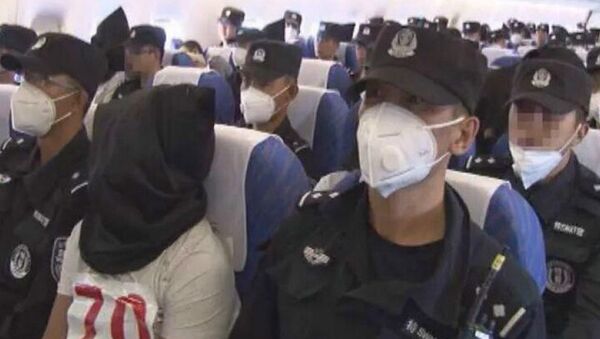 The possibility of thousands of Uyghurs returning to mainland China after fighting in the Syrian civil war likely prompted the recent announcement of closer Chinese-Syrian military ties, US State Senator from Virginia Richard Black told Sputnik.

"The concern, I think, is that if al-Qaeda overwhelms Syria, that there will be a tremendous backlash that will make its way to mainland China itself," Black said on Wednesday.

The potentially increased role for China in the five-year Syria conflict comes amid US intelligence reports of approximately 5,000 Muslim Uyghurs from the Xinjiang region of China joining the al-Nusra Front terrorist group in Syria.

"They have a brigade-sized force there," Black said of the Uyghur foreign fighters in Syria.

China is concerned that neighboring countries, such as Turkey, could direct returning foreign fighters back to China.

Citing the 2014 Uyghur-directed mass-stabbing in Xinjiang and the 2015 attack on a coal mine in Yunnan, Black noted that "instead of carrying out terrorist acts with knives murdering 50 people, they will come back and have advanced weapons… and they will start a revolution in Xinjiang province."

China has maintained a relatively low-profile involvement in the military aspect of the Syrian civil war, but has been instrumental in pressing for a political resolution to the conflict as a permanent member of the UN Security Council.

At the beginning of the year, China also pledged $30 billion in post-war reconstruction funding for war-torn Syria.

Richard Black is the elected representative for Loudoun County, Virginia, and personally met with Syrian President Bashar Assad during an April visit to the country.