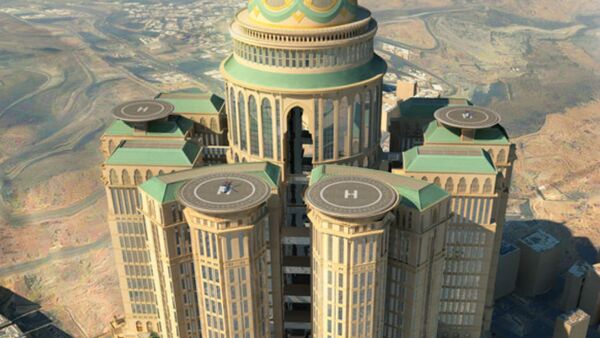 On top of the rooms, the hotel will also contain 70 different restaurants, a large shopping mall, bus station, conference center and a lavish ballroom. 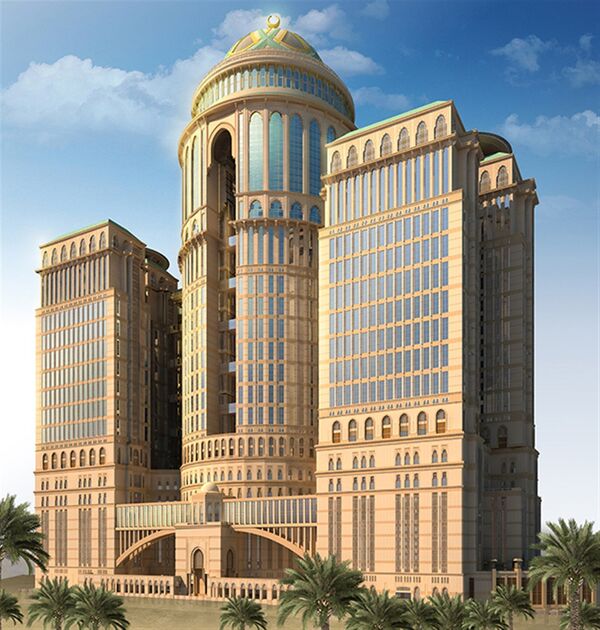 In describing the "landmark" construction, Dar Al Handasah — the international design company in charge of the project — says the Abraj Kudai building has "unparalleled size, height, distinguished location and exposure."

However, the grand plans will also result in a rather grand price, with the overall project expected to cost US$3.5 billion.

​The huge construction is located two kilometres from the world's largest mosque, the Masjid al-Haram, which attracts around 5 million Muslim visitors each year as they take part in either Hajj or Umrah pilgrimages.

While the Abraj Kudai building will be open to the public, it has been reported that five floors will be reserved for the Saudi royal family, to be used as holiday accommodation.

​In terms of global comparisons, the Abraj Kudai's 10,000 rooms, once completed, will overtake the First World Hotel in Malaysia (7,351) and the MGM Grand in Las Vegas (5,044) to be the world's largest hotel by room count.

ABRAJ KUDAI:The largest Hotel in world set to open in Makkah next year. Knowing what to do with your oil.👍🏼 pic.twitter.com/3JmavgWNzf

​​The construction has not been without its controversy, however, with low oil prices and extra spending from the Saudi government as a result of its military campaign in Yemen, leading many to question whether the hotel will in fact be completed by its 2017 deadline.

There are also concerns over the exclusive and expansive nature of the building, with fears it may price normal pilgrims out of the market.

"Everything has been swept away to make way for the incessant march of luxury hotels, which are destroying the sanctity of the place and pricing normal pilgrims out," Irfan Al-Alawi, director of the Islamic Heritage Research Foundation in the UK, told the Guardian.

The recent spending spree and upmarket constructions in the religious city led Irfan to say the Mecca was turning into "Mecca-hatten."