US, Allies Likely to See Return of Daesh Fighters Allowed to Flee Manbij 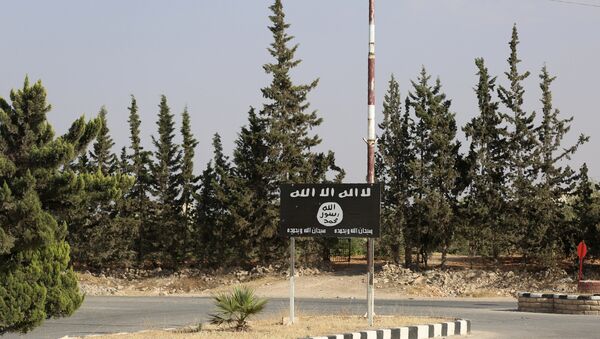 The United States and its allies in Syria are likely going to face the hundreds of Daesh fighters freed during the recapture of Manbij on a different battlefield in the future, US State Senator from Virginia and former Marine pilot Richard Black told Sputnik.

World
Conquering the West? Daesh Has Upper Hand on Twitter Over Opponents

The Defense Department reported that the decision to give the disarmed Daesh convoy safe passage was made by the SDF because of the large number of civilians intermixed in the convoy. The convoy was reported to be heading further west into Daesh-controlled territory.

"From a military standpoint, as someone who has dropped well over a thousand bombs myself, I would have taken it out. I would have destroyed the [Daesh] convoy and avoided having to fight them in another place at another time," Black said in an interview on Wednesday.

Pentagon Wants New Chemical Warfare Protective Suit, Despite Budget Cuts
Black, who earned a Purple Heart serving as a pilot in the Vietnam War, stated he was "uneasy" about "letting your enemy out the back door so they can go fight another day."

The battle to retake Manbij, a critical Daesh transportation and smuggling hub, began three months ago. Black anticipated that in the next six months or so, the United States and its Syrian allies will refocus on another Daesh transportation hub, al-Bab, to the west of Manbij.

"So the people who escaped, we will fight once again in al-Bab," Black said.

Manbij had served as a critical hub where the Daesh was able to smuggle fighters and supplies into its territory, and direct foreign fighters out of Syria across the nearby Turkish border.

Richard Black is the elected representative for Loudoun County, Virginia and personally met with Syrian President Bashar Assad during an April visit to the country.