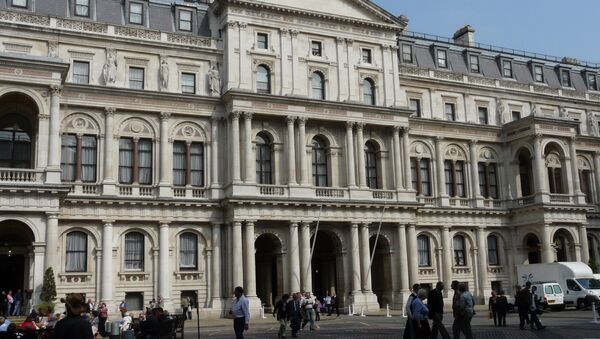 The UK Foreign Office is trying to confirm the alleged detention of a British-Iranian citizen in Iran on suspicion of economic espionage, the state body said Tuesday.

MOSCOW (Sputnik) — Tehran's prosecutor general, Abbas Jafari-Dowlatabadi, was quoted in Iranian media earlier in the day as saying that the suspect had been active in the economic field.

The UK Foreign Office in turn said it was trying to confirm the reports, the BBC broadcaster reported.

Another dual British-Iranian national, aid worker Zaghari-Ratcliffe, was detained on April 3 in Tehran's Imam Khomeini International Airport on suspicion of working on an anti-government campaign spread through foreign media outlets.

According to Iran's state-run Mizan news agency, the Islamic Revolutionary Guard Corps, a branch of Iranian security forces, have accused the 37-year old female of plotting "a soft overthrow" of the Iranian government.