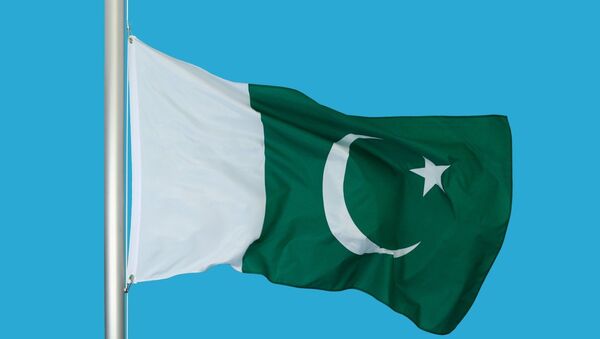 MOSCOW (Sputnik) – Moscow has no information on constant presence of Daesh terrorist group in Pakistan, the source in the Russian Foreign Ministry added.

"We don’t know whether it’s possible to say whether ISIL [Daesh] is present in Pakistan. Yes, sometimes they catch someone putting up flyers on behalf of ISIL. There are people who have fallen out of the pan-Taliban structure, such as dissidents, they can sometimes pose themselves as some sort of a cell. But in reality we do not have information that extremists in AfPak [Afghanistan and Pakistan] have stable ties to Syria, directly to this Middle Eastern group," the source said.

"We interact actively, including special services. We have an interagency group to counter terrorism, accordingly it comprises not only representatives of foreign ministries, but also of security agencies," the source said.

Pakistan in Talks With Russia on Sales of Helicopters, Air Defense
Russia does not believe terrorism threatens the implementation of the North-South natural gas pipeline in Pakistan, the source said.

“The North-South is only on paper now. But, hypothetically speaking, there is no threat,” the diplomat said.

“When I say ‘high –risk area,’ we are talking about the Taliban movement of Pakistan and anti-government groups such as Lashkar-e-Jhangvi, not ISIL [Daesh],” the source added.

The 683-mile North-South pipeline is expected to have an annual capacity of up to 12.4 billion cubic meters of gas.