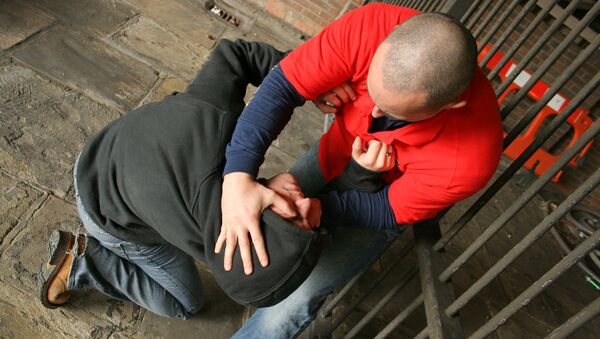 More Than 100 UK MPs Apply for Extra Security as Threats and Attacks Increase
On July 23, a lone man stabbed and shot to death a Labour MP as she walked outside her West Yorkshire office in the north of England.

Jo Cox's death sent shockwaves through the UK for its brutality, and for it's chilling similarities to so many attacks across the world.

Over the last two years, attacks by single assailants, so-called 'lone-wolf' attacks have been on the rise. From the Orlando, Florida gunmen in June, who committed the worst US mass shooting in history, to the lorry-driving terrorist who mowed down 84 men, women and children in Nice, France in July, the modus operandi of many violent terrorists has become a lone operation.

Unlike group plots, where there is an increased chance of the activities of members of the group being discovered, single attackers, who keep their plans to themselves, are notoriously difficult to intercept.

​The initiative, run by Parli-Training, to give MPs some skills to help them defend themselves, without the aid of security, recognises this danger.

The boys have brought their toys for our Krav Maga training course! #tuesdaymotivation pic.twitter.com/397vLJ5q8R

​It's been used since the 1930s, created by Imi Lichtenfeld in order to help Jews protect themselves from brutal Nazi forces in Europe. Upon his immigration to Israel, Lichtenfeld began teaching Krav Maga to the Israel Defence Forces. It has since been adopted by Israel's intelligence service, Mossad.

Nice picture of Imi lichtenfeld in color… Krav Maga is not so old and a modern system… pic.twitter.com/RwwKNxFBNg

​Parli-Training's founder, Mendora Ogbogbo, said that the particular type of Krav Maga MPs are being taught is to "disarm and run'" and not "confront."

"We are teaching them techniques where if someone comes at them with a knife or a gun, they can disarm the weapons and then run. They are not being taught how to fight," Ogbogbo told the DM.

"Another technique we are teaching them is the 'rhino,' where they know how to cover the vulnerable parts of their heads when someone is punching them. This will give them a vital three or four minutes before someone intervenes."

​"We also teach a method where if someone is lying on top of them in a fight, they can wriggle from under them and run," Ogbogbo said.

In June, a report found four out of five British MPs have faced aggressive or intrusive behaviour. 36 told the study, supported by the Home Office, that they even feared being out in public. Some female MPs in particular, face obscene rape threats via social media.

​Yet another knife attack on Monday morning, this time an axe and gun attack in central Cologne, Germany, will only add to the climate of fear across Europe. Two suspects are on the run, reports say.