Italy Set for EU Showdown Amid Pledge to Scrap Austerity 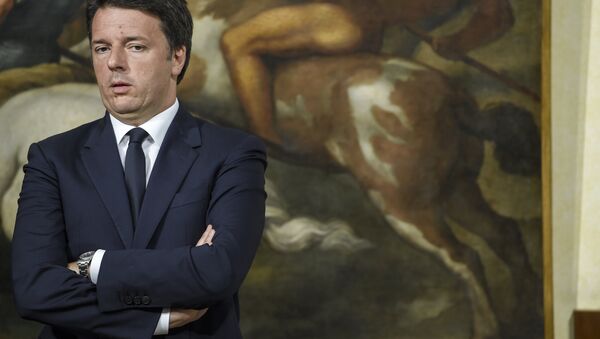 Following concerning statistics that showed the Italian economy achieved 0 percent growth in the second quarter of 2016, officials in Rome have pledged to try and reform EU budgetary rules.

Carlo Calenda, Italy's economic development minister, told the La Stampa newspaper that Rome was "fighting to change" the EU deficit reduction target of 1.8 percent for 2017, a requirement set by the European Commission.

​"We are discussing with Europe how to address the absolute necessity of boosting public and private investment," Mr Calenda said.

The proposal would allow Italy to significantly increase public spending, and in turn incur more debt to kick-start its sluggish economy, which is still struggling from the effects of the 2008 financial crisis.

Italian Prime Minister Mateo Renzi has been among the most vocal on the issue of EU austerity in recent times, stating that Britain's exit from the EU could be the trigger for a new economic approach within Europe.

The sentiment seems to have some support across the bloc, with Greek Prime Minister Alexis Tsipras to next month set to host a meeting with the leaders of France, Italy, Spain, Portugal, Cyprus and Malta in the hope of creating an anti-austerity alliance aimed at loosening current EU restrictions and guidelines on public spending.

​However, any Italian-led plans aimed at reforming the EU's strict budget rules are almost certain to be met with opposition from Germany, with officials in Berlin favoring tight fiscal policies that don't allow for huge amounts of public spending that would result in further debt.

While Italy was granted "unprecedented" leeway over its 2016 budget, it was warned by the European Commission that a tightening of its fiscal policy was required for 2017 and onwards, not an increase in public spending and debt.

This chart shows the weak links of the Eurozone. Econ growth has come to a halt in #Italy & #France. pic.twitter.com/2yNkEgwWzB

​Italy is among a number of southern European and Mediterranean EU member states with worrying economic outlooks, as the Italian economy struggles in its post-financial crisis recovery.

There are concerns across the EU that allowing countries to register more public debt could be very risky and dangerous, particularly given that Italy's debt to GDP ratio is higher than 130 percent.