When the Wind Blows: Looking at the Origins of the Windsurfer 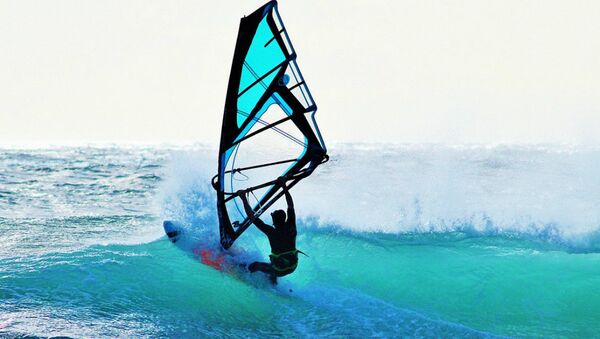 On any windy day crowds of windsurfers rush into the sea to get their fill of fun. But do you know who invented the sport? And if you think that this is an individual activity, think again!

They say it all started in 1948 when Newman Darby, a 20 year old American created a floating platform which looked more like a catamaran than a windsurfing board. He used a handheld sail and rig mounted on a universal joint to control a small catamaran.

However the young man did not file for a patent for his design.

In the mid-sixties, Jim Drake, an aircraft engineer had the idea of some kind of a water ski which floats when you stand on it, and which would be driven not by a boat but by a wind filled kite which could steered by hand. 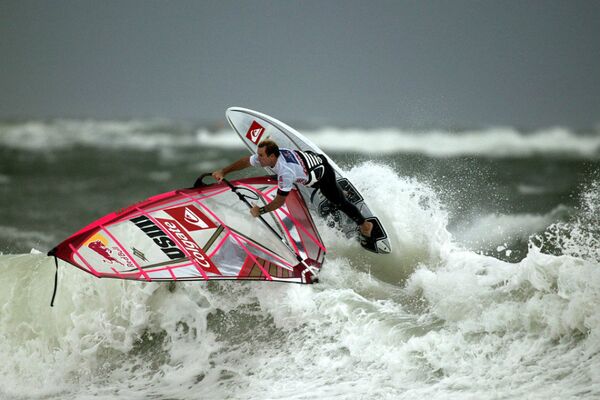 After brainstorming his idea, he found out that the kite was not the best solution for his idea, he began thinking about a sail which could be steered by hand as well.

He discussed this with his neighbor, Hoyle Schweitzer. Hoyle saw the promise, and together they began developing the boards together.

Once they had created a board, a sail and a boom, they ventured out into to the ocean to begin testing it. They soon found out that once the sail was in the water and got wet, it was hard to pull out, and they had to help each other to lift the sail out of the water.

Not long after that session they mounted a rope attached to the boom to pull the sail out of the water, this was the birth of the first ‘uphauling’ rope.

They called their invention the ‘skate,’ later on they renamed it the ‘Baja board,’ and finally it was renamed one more time. The latest name they gave their invention was ‘the windsurfer.’

They finally patented the windsurfer in 1970.

This was the beginning of what many consider to be the first chapter in the history of windsurfing. 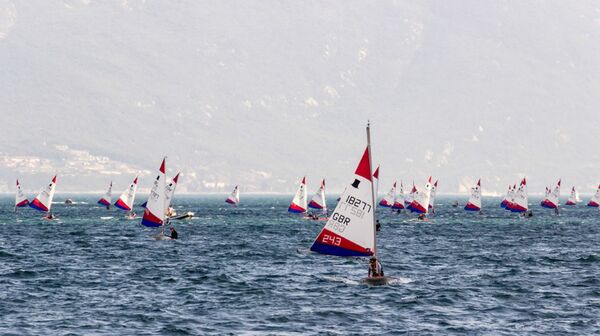 In 1964, Newman Darby invented a universal joint which he used to connect the mast of the rig to the board, which by now had a dagger board, a tailfin and a kite shaped sail.

He called his new invention a ‘sailboard’ after an article he wrote in 1965, but he never patented it. In that time he and his brothers had created a company, Darby Industries, to manufacture their own boards.

Later in the 1980s, Newman Darby did file for and receive a design patent for a one-person sailboat, the Darby 8 SS sidestep hull.

When many think about windsurfing they picture one man, one board, and one sail.

But did you know that two people can ride at the same time, on the same board?

The principle is very much the same as a tandem bicycle. On a tandem board, two people can ride at the same time, allowing learners to go for a ride with a more skilled windsurfer and pick up a few tips along the way.

Interestingly enough, there is no such thing as being too young when it comes to windsurfing. Even small children from three years of age can get started on a special one-meter-high board.

Did you know that windsurfers can go faster than water skiers?

It turns out that most recreational windsurfers sail at speeds of about 25 to 35 mph (40-56 kph), making them the fastest sailing crafts on open water, even faster than jet skiers.