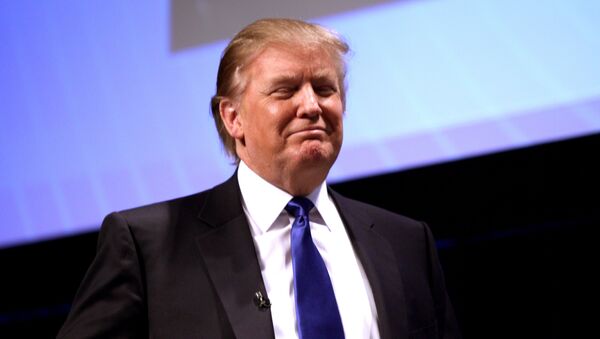 © Flickr / Gage Skidmore
Subscribe
International
India
Africa
Donald Trump accused the national media on Sunday of not properly covering his campaign, which could have helped him to beat his rival Hillary Clinton by 20 percent.

MOSCOW (Sputnik) — He added that the US media were protecting Clinton and not showing crowds and rallies of the Republican candidate’s supporters.

If the disgusting and corrupt media covered me honestly and didn't put false meaning into the words I say, I would be beating Hillary by 20%

​According to Trump, The New York Times newspaper has also been falsely reporting on the US billionaire citing anonymous sources and meetings that never took place.

My rallies are not covered properly by the media. They never discuss the real message and never show crowd size or enthusiasm.

​At present, Democratic presidential candidate Hillary Clinton has a double digit lead over Trump among registered US voters, according to a Monmouth University poll revealed on Monday.