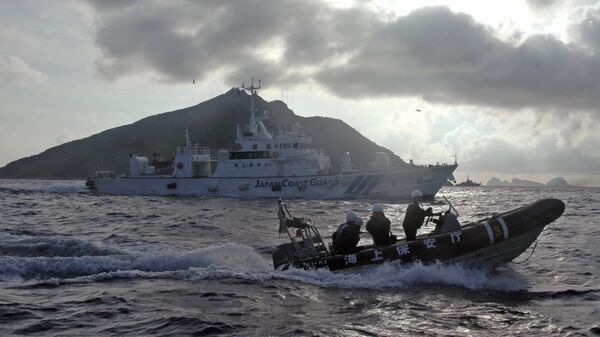 Tokyo is set to develop new land-to-sea missiles which will have a range of 300 kilometers (186 miles); they will be deployed on islands such as Miyako in Okinawa prefecture by 2023 and will cover the inhabitant island chain, the core of territorial dispute between Tokyo and Beijing.

US Asia-Pacific Ramp-Up: Will Japan Become Washington’s Regional Foot Soldier?
The Japanese government has decided on a plan to develop land-to-sea missiles with a range of 300 kilometers (186 miles), according to Tokyo-based newspaper Yomiuri Shimbun.

The weapon is set to be deployed on islands such as Miyako in Japan's southern-most Okinawa prefecture, by 2023. The range will cover the inhabitant island chain, known as Senkaku islands in Japan and the Diaoyu Islands in China.

“In light of China’s repeated acts of provocation around the Senkaku islands, Japan aims to increase deterrence with improved long-range strike capability,” the newspaper says.

The missile will be developed by Japan and will use solid fuel, it further said. Costs for development will be part of the defense ministry’s budgetary request for the fiscal year ending March 2018.

Tensions are running high between the two countries over the chain of inhabited islands following the discovery of potential undersea oil reserves in 1968 in the area and the 1971 transfer of administrative control of the islands from the US to Japan.

China and Taiwan regard the islands are part of Taiwan. Taiwan was ceded to Japan in the Treaty of Shimonoseki in 1895, after the Sino-Japanese war.

After World War Two, Japan renounced claims to a number of territories and islands including Taiwan in the 1951 Treaty of San Francisco.

These islands, however, came under US trusteeship and were returned to Japan in 1971 under the Okinawa reversion deal.

China says that when Taiwan was returned in the Treaty of San Francisco, the islands should have been returned too.

The territory is also disputed between Japan and Taiwan.

The deal angered China, triggering public and diplomatic protests. Since then, Chinese government ships have reportedly sailed in and out of what Japan says are its territorial waters around the islands.