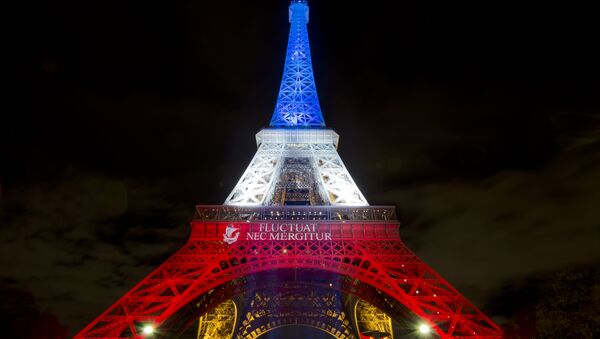 © AFP 2023 / Bertrand Guay
Subscribe
International
India
Africa
In a bid to secure support from euro-skeptics within the French Republican Party and garner support from nationalist hardliners, the former President has done the unthinkable by putting his support behind a national referendum.

Opposition to the European Union has swelled throughout France in recent months as nationalist and far-right parties have advanced into the mainstream discussion, a development once thought inconceivable based on a myriad of economic and national security issues that have left the French people increasingly downtrodden.

Unemployment in France has soared to 9.9% with no increase in economic growth expected before the end of the year at a time when the country has been inundated with the staggering social costs of the European Union’s open borders and push to welcome refugees that have brought terror and violence to the shores to the country where liberty was first born.

The situation has become even more dire for the French worker with the country’s Socialist Prime Minister invoking the European charter in order to push through controversial economic reforms that have stripped away the protections of the 35-hour work week and have relegated France’s blue-collar sector to increased wage pressure.

It is unsurprising then that at this time of social distress that the people of France appear to be clamoring for change, or at least the opportunity to reconsider their fate. An Edinburgh University Poll found that while 45% would vote to remain in the European Union as opposed to 33% who would exit, a majority of the country’s people – 53% — believe that a referendum on EU membership should be held.

Seizing on this grouwing sense of unrest, Nicolas Sarkozy, the former President who left office disgraced by a myriad of allegations including fraudulent overspending and accepting money from Colonel Muammar Gaddafi, has thrown his hat into the ring to be the voice of the oppressed championing the idea of a referendum as a necessary corollary to preserving France’s democratic tradition.

"I believe that we should not be afraid of the people. If they do not believe in the European idea and it does not stand the test of a referendum, then it is not the right path," said Sarkozy in a TV interview with Le Monde that sent shivers down the spine of the French political elite.

The French politician appears to be watching the polls closely with former Prime Minister and leading candidate for the country’s Republican nomination Alain Juppé leading all presidential candidates with 36% of the vote share. The popular politician has called openly for a watered down referendum not to exit the European Union, but to alter the term terms. In a hypothetical match-up against the field, Nicolas Sarkozy would get 23% of the vote according to the latest poll if he were the nominee.

Although the more moderate approach of Juppé would win if the election were held today both Sarkozy and the National Front’s Marine Le Pen, who garnered 29% in the same poll, are well within striking distance such that pro-referendum candidates are a majority share of the electorate.

The likelihood of France jumping ship from the European Union has never been so great and the message is likely to garner more support with so many leading candidates supporting either a referendum or a major overhaul. However, as much as the people of France feel that they are on their way out the door, the country’s leverage within the EU which could not bear another defector may be such that they will end up with a reform offer by Brussels that they cannot refuse.