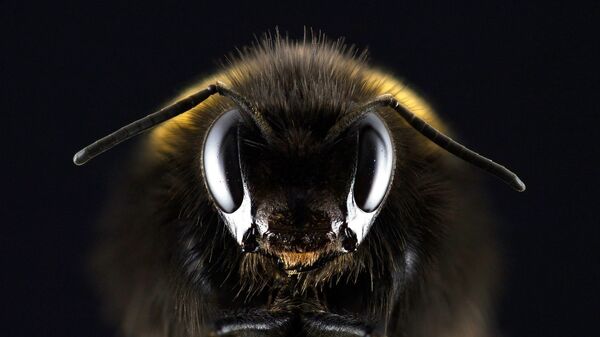 The US Air Force’s advanced fighter jet, packed with electronics and technology, has faced a worthy adversary that succeeded in grounding the mighty war machine: bees.

The F-22, located at Joint Base Langley-Eustis in Virginia, has been grounded for a day by an attack of drones. While not exactly those remote-controlled death-delivering drones we used to think of, these swarming attackers have proved their effectiveness in paralyzing one of the US's most praised jet fighters.

A swarm of bees have decided to settle in the exhaust nozzle of the F-22 in June. The maintenance crew decided not to take a course of war of annihilation and instead invited a specialist who could relocate the stinging pests.

They invited Andy Westrich, a US Navy retired and local bee keeper. He arrived at the base with a set of tools and materials, required for swarm relocation. He used a vacuum machine to safely trap the insects off the aircraft into large bucket. The total weight of the swarm turned out to be some eight pounds, which equals roughly to 20,000 bees.

"The honey bees most likely came from a much larger bee hive somewhere else on base," said Chief Master Sergeant Gregg Allen, 192nd Maintenance Group Quality Assurance chief, who also happens to be a bee keeper. "Bee hives are constantly growing and they eventually become overcrowded. Around springtime, the bees will make a new queen, scout for a new location and take half of the hive with them to that location."

The swarm could have probably been was on its way for a new home before deciding to settle right in the exhaust nozzle of the $143 million jet fighter.

The trapped swarm has been subsequently safely transferred to a local beer producer which will now use their honey, according to reports.

Although ultimately tricked into defeat, the drones did ground the F-22, at least, for a day.