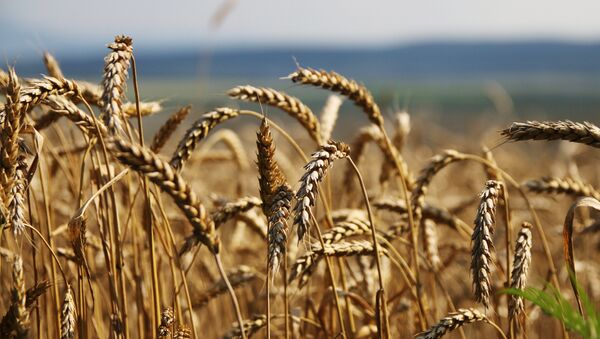 Russia is boosted 4.5 million tons to a record 30.0 million based on a record crop and reduced competition from the European Union, according to the US Department of Agriculture.

WASHINGTON (Sputnik) — Russia is expected to become the world’s largest exporter of wheat in 2016 and 2017 for the first time, beating the European Union and the United States, the US Department of Agriculture said in a report on Friday.

"Russia is boosted 4.5 million tons to a record 30.0 million based on a record crop and reduced competition from the EU [European Union]," the report stated.

Aim Higher! Russia Plans to Retain Title of World's Top Wheat Exporter
The Agriculture Department noted, however, that the export projection has been calculated based on "ideal" conditions, including good weather for wheat loading and steady supplies.

"Russia’s primary competitors, the EU and Ukraine, both have tighter supplies in 2016/17 compared to last year," the report noted.

EU export expectations have been slashed from 34 million tons to 27 because of a "significant cut" in French crop, according to the Agriculture Department. At the same time, Ukraine is expected to export 14.5 million tons.