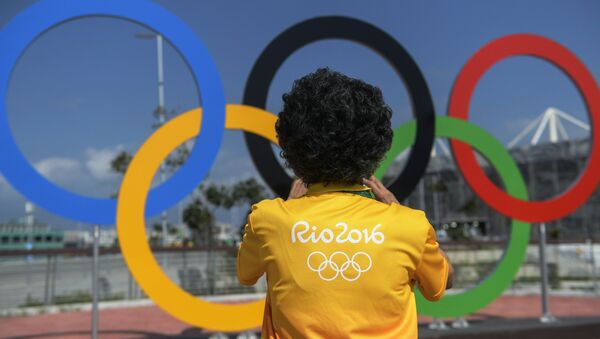 © Sputnik / Grigoriy Sisoev
/
Go to the mediabank
Subscribe
International
India
Africa
Food at the Olympic Village in Rio de Janeiro is unsatisfactory and the range of dishes is limited, the head of Russia’s Olympic delegation said Friday.

RIO DE JANEIRO (Sputnik) — The accommodation conditions faced by athletes taking part in the ongoing 2016 Summer Olympics have previously been criticized by a number of athletes as well.

"Indeed, the problem of food exists. In this respect, we are all remembering the Sochi Olympics even if they are now surrounded by a lot of negativity. In terms of organization, the Sochi Games exceeded all other Olympics. The food in the Rio Olympic Village is bad, to put it mildly. The range of dishes is not being renewed. First there were normal metal forks and spoons, then they apparently run out of them and now we get disposable ones," Igor Kazikov told reporters.

From Athens to Ashes: Olympic Games Hurdle Principles in Scramble for Profits
He also noted the lack of fresh fruit, which is offered in a limited variety, as well as difficulties with obtaining tea instead of coffee, which is the dominant drink in Brazil.

The Summer Olympic Games are being held in Brazil’s Rio de Janeiro from August 5 until August 21. Brazil is the first South American country to host the competition.