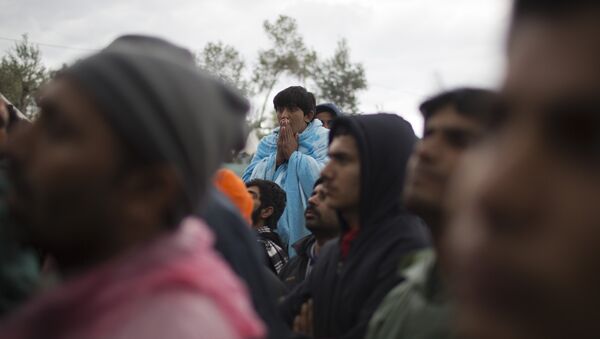 As many as 60 percent of Belgians believe that the number of refugees in their country is excessive, a new poll by Ipsos MORI revealed.

Finding Ways and Means: Migrants Discover New Routes to Europe
BRUSSELS (Sputnik) — The Ipsos survey gives an insight into attitudes to immigration and refugees among residents of 22 countries around the world. Belgium ranks fifth among the least open countries toward migrants. Turkey, Italy, South Africa and Russia were the states whose residents showed the most concern about the number of refugees in their country.

According to the poll, only one in 10 Belgian respondents think that refugees contribute to economic growth in the country.

The poll was conducted from June 24 to July 8, and some 500 Belgians took part in the research.

Europe is currently struggling to cope with a massive refugee influx, with hundreds of thousands of refugees and migrants fleeing conflict-torn countries of the Middle East and North Africa in search of safety and refuge. Amid the major crisis, some European countries have tightened their immigration laws in a bid to deter the influx of refugees.