‘Deputy of the Year’: Maine Cop Indicted for Using Authority to Rape Children 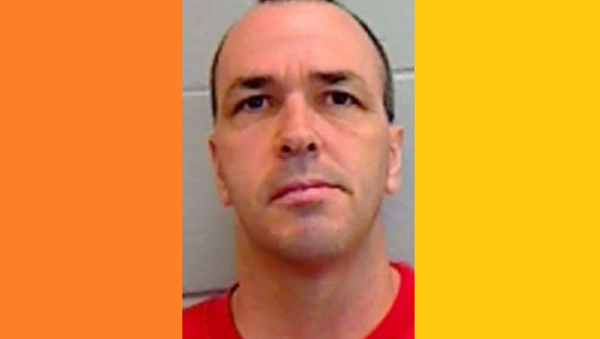 © Two Bridges Regional Jail Handout
Subscribe
A former police “Deputy of the Year” in Maine has been indicted for 21 counts of sexual assault against three girls over the past 17 years. His youngest victim was just six-years-old at the time of her assault.

New Jersey Cop Forced Woman to Have Sex, Lawsuit Claims
Kenneth L. Hatch III, 46, a decorated veteran deputy with the Lincoln County Sheriff’s Office, was indicted on Tuesday for 10 counts of sexual abuse of a minor, three counts of unlawful sexual contact and eight counts of aggravated furnishing of marijuana, in connection with alleged incidents against three victims, the Bangor Daily News reports.

Hatch was arrested in June and placed on administrative leave pending the investigation.

The indictment from the Knox County grand jury came after they heard the sordid details of his crimes against children, dating back to 1999.

The third took place in 2004, with a child who was just six, according to Assistant Attorney General John Risler. Hatch then allegedly sexually assaulted the same girl in 2013 and 2014, when she was 14 and 15, and supplied her with marijuana from a plastic bag labeled “evidence.”

The teen reported the incident to Augusta Police in May, stating that Hatch had offered her marijuana if she would have sex with him in the back of his police vehicle. She claims that he assaulted her multiple times over the course of two or three years.

NYPD Cop Arrested on Child Molestation Charges
In 2015, a year-long investigation by the Associated Press covering the previous six years found that approximately 1,000 officers across the nation had their licenses revoked and lost their jobs for sex crimes that included rape and possession of child pornography.

Among the estimated 1000, some 550 were decertified for various forms of sexual assault, including rape, sodomy or sexual shakedowns, where victims were forced to perform sexual acts to avoid arrest.

The remaining officers were fired for sexual offenses, including possessing child pornography, "voyeurism in the guise of police work," sending graphic messages to minors, or having sex while on duty.

Perhaps the most damning statistic contained within the study is that one-third of the officers lost their jobs for committing sexual offenses against minors.

Hatch was released from jail in June on $50,000 unsecured bail, and was ordered to not contact his victims or have any contact with girls under the age of 16. Under the conditions of his release, he is also not permitted to use drugs, drink alcohol, or possess weapons.

A study conducted by the Cato Institute found that between 2009-2010 sexual misconduct was the second most common complaint against police, after the use of violence and excessive force.