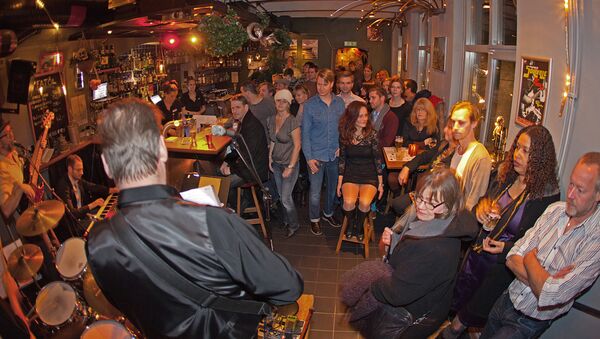 © Flickr / Bengt Nyman
Subscribe
Despite all efforts by the Swedish authorities to paint immigration as advantageous and promote integration, the flow of migrants is posing further problems. Of late, nightclubs around Sweden have started to refuse asylum-seekers as customers.

Sweden Sounds the Alarm: Refugee Children Forced to Sell Sex
Recently, a group of asylum-seekers were denied entry at the nightclub Strand Borgholm, linked to a four-star hotel on the island of Öland, despite the fact that they were all old enough and one of them was admitted inside the club earlier this summer, Swedish Radio reported. Curiously, one of them was reported to possess a VIP card, but was still denied entry.

All asylum-seekers in Sweden are granted so-called LMA cards, as many are forced to leave all other identification documents with competent bodies to speed up the consideration process. According to Sweden's Migration Board, an LMA card should not be considered as an ID, despite the fact that it actually features a person's name, photograph and date of birth. Even if an LMA suffices to buy liquor and cigarettes, the lack of a proper Swedish ID is the formal pretext for many clubs and pubs to keep asylum-seekers out.

The hidden undertone to the common decision to deny entry to asylum-seekers is the recent wave of sexual attacks and numerous cases of harassment that tarnished the period of summer festivities in Sweden. Earlier, some of the molesters and rapists were identified as "immigrant adolescents," whereupon the police was forced to retract this description under pressure from the Swedish media, which for the sake of political correctness refrains from stressing the culprits' ethnic background.

Earlier this week, a string of car fires in Malmö made headlines in Sweden. Fresh statistics show that the number of car arsons has soared during the summer as 64 vehicles were burned in Malmö alone. Remarkably, most of the fires took place in Rosengård, an immigrant district with a reputation for social problems and gangland violence.

Nevertheless, a spokesperson for the local police stressed that the problem was not exclusive to that particular suburb.

"Too many cars have been burned in a short time. But it is not happening only in Rosengård, that must be stressed," Ewa-Gun Westford told Swedish newspaper Svenska Dagbladet.