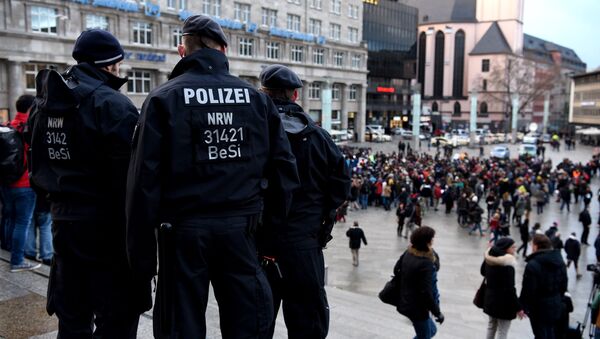 © AFP 2023 / PATRIK STOLLARZ
Subscribe
International
India
Africa
German MEPs suggest that some EU states should be subject to economic sanctions and that their financing should be cut off, German newspaper Die Welt reported.

According to latest estimates, Germany invests more money in the EU budget than other countries. At the same time, the greatest benefit from the EU budget goes to the Czech Republic and Poland. To motivate them to solidarity, German MEPs proposed to introduce corresponding measures.

"Payments to the countries that do not adhere to the European law or states which do not cooperate by reception of refugees must be reduced," the head of the Budget Control Committee in the European Parliament Inge Grässle told Die Welt on Wednesday.

EU Should Deport Refugees if Asylum Application Denied - Czech President
Such countries as the Czech Republic, Poland, Slovakia and Hungary have strictly opposed the implementation of the mandatory EU quota scheme to relocate thousands of refugees throughout the bloc, which was established in 2015.

For instance, Deputy Prime Minister of the Czech Republic Andrej Babis said that his country will take care of the security of its citizens and won't be able to fulfill relocation requests, even at the cost of sanctions.

At the same time, Deputy Head of the European Parliament, member of the German Free Democratic Party (FDP), Alexander Graf Lambsdorff said that sanctions are necessary to exert financial pressure on disloyal countries to ensure solidarity.

"During the planned inspection of the EU budget, the German government should ensure solidarity behavior and respect for European values on the part of the recipient countries, such as Poland and Hungary," he said.

World
Lithuania Accepts Ten Syrian, Iraqi Refugees Under EU Quota Scheme
According to the latest EU statistics, Germany is the largest taxpayer among EU countries. In 2015, Germany invested 14.3 billion euro more than it received from Brussels' funds. At the same time Poland received 9.4 billion euro more than it paid. Among other countries benefiting from EU funds are the Czech Republic (5.7 billion), Romania (5.2 billion), Greece (4.9 billion) and Hungary (4.6 billion).

The main donors, besides Germany, are the United Kingdom (11.5 billion), France (5.5 billion), the Netherlands (3.7 billion) and Italy (2.8 billion). After the decision of the Brits to withdraw from the EU, the donor countries are likely to bear an even greater financial burden.