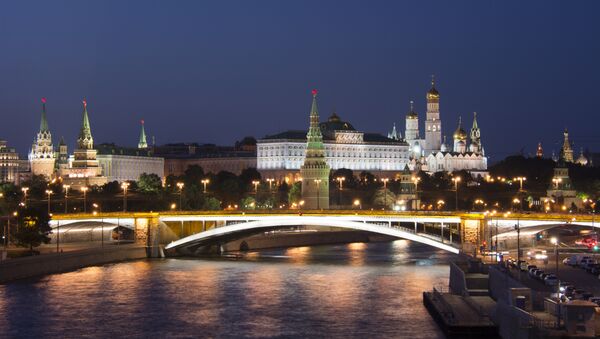 Russia has succeeded in forging an alternative approach to foreign policy that is based on strategic independence, freedom of action and respect for national sovereignty, political analyst Mikå Mered told Atlantico.

"Russia has managed to once again find its voice and become the embodiment of the third path," he said, saying that the United States and China pursue distinctive foreign policy paradigms. But economic crisis is a trade-off for an independent foreign policy, he added.

Erdogan 'Makes Pivot to Russia' as West Failed to Support Turkey After Coup
The analyst mentioned Russia's counterterrorism campaign in Syria and its overall strategy in the Middle East as some of the country's latest achievements. There are other positive developments: Russia put its own spaceport in the Far East online, has strengthened economic ties with China, India and Japan, reformed of the army and improved its presence in global media space.

For his part, French writer Alexandre Del Valle told Atlantico that "Russia has not reached its [foreign policy] goals, but it is moving in the right direction."

Russia's foreign policy is aimed at promoting a more balanced world-order that does not gravitate towards a single center of power. As a result, Moscow "does not want to be the global leader and Washington's adversary," he said.

Russian authorities want the country to lead a group of nations that are not necessarily opposed to the West, but that do not share Washington's approach to dealing with global security challenges.

Ex-CIA Chief's Comments Reflect 'What US is Secretly Doing in Syria'
These countries want to live in world with multiple centers of power and share responsibility for decisions that affect other nations. They also want other nations, primarily the US and its allies, to refrain from military interventions in sovereign countries.

The Syrian conflict and the Iran nuclear deal show that "Russia under Vladimir Putin is trying to discuss global issues with Washington as equals," the writer observed. "But first and foremost Putin wants the West to acknowledge Russia's interests in its neighborhood, primarily with regard to Georgia, Armenia, Belarus, Transnistria, Moldavia and Ukraine."

"Putin is still open for cooperation with Europe and the West but only under the condition that they cast away arrogance and stop meddling in internal affairs of countries that Russia views as strategically important," he said.

Del Valle further noted that China, Turkey, Brazil, India, Indonesia, Egypt, Algiers share Russia's view on Washington's foreign policy.
The French writer also commented on the thaw between Russia and Turkey, saying that the row was bound to be temporary.

"Russian and Turkish economies perfectly complement each other," he said. "Both countries need each other when it comes to economy and energy. This is why the cold spell [between Russia and Turkey] could not last long."