EU Backs Baltic Pipeline to Give Russia the Heave-Ho 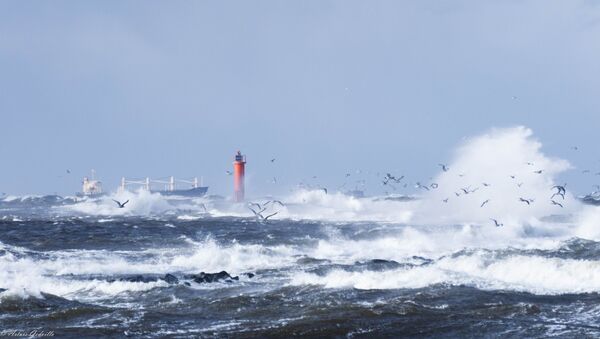 © Flickr / Artūrs Gedvillo
Subscribe
As the showdown over the Russian pipeline Nord Stream 2 moves closer, Brussels has allocated considerable funds to a rival pipeline to reduce Finland's "dependence" on Russian gas and tear Helsinki further away from Moscow's "bad influence."

Finnish City Anxious to Take Part in Nord Stream 2
Finland, which has scarce gas resources of its own, has been successfully collaborating with Russia for decades on the project. Most of its gas is supplied from Russia, which, according to the EU bosses, is in the position to exert pressure over Helsinki.

Even though this has never been used, it is hardly surprising that the European Commission constantly has sought to weaken Finland's "dependence" on Russian gas and is ready spare no expense. Recently, the European Commission announced its decision to allocate approximately 210 million dollars to support the construction of the first line of the Baltic Connector pipeline, which is expected to link Finland and Estonia, European media platform Euractiv reported. Obviously, Brussels has been counting on the Baltic Connector to end Finland's "isolation" in terms of energy supplies from Europe, allowing the Nordic nation of 5 million, to go easy on Russian gas.

​​According to the European Commission, the circa 150 kilometer long Baltic Connector remains one of the most important projects for the European energy market as it is expected to help the countries of the Baltic region to diversify their energy supplies (which in this context means disrupting their traditional economic ties with Russia). For this reason alone, the EU is ready to finance 75 percent of the total project cost, which is the maximum possible share. European Commissioner for Climate Action and Energy Miguel Arias Cañete has repeatedly stressed that the EU's priorities are diversification of energy sources and energy routes, as well as of energy markets.

Pipe Dream: EU Finances Feasibility Study of Baltic Railway Utopia
Baltic Connector is expected to link gas markets in Finland and Estonia. A 80 km section will run along the seabed, with 22 km on Finnish and another 47 km on Estonian land, joining Finland's Ingå with Estland's Paldiski. The operation of the pipeline requires that two major liquefied natural gas terminals be built in both countries. The pipeline is expected to be launched by 2019.

Previously, Finland endorsed the Russian gas pipeline project Nord Stream 2, which aims provide up to 55 billion cubic meters of direct gas supplies from Russia through the Baltic Sea, bypassing the Baltic states and Poland, to the German coast. The project has, nevertheless, met fierce opposition from some EU member states, such as Poland and the Czech Republic, over fears of increased energy dependence on Russia.

Earlier this week, debates about the future of Europe's gas supply were revived, as talks between the Russian and Turkish presidents in St. Petersburg rejuvenated the southern pipeline project Turk Stream, which is aimed to supply gas under the Black Sea to Turkey and further to Greece. Earlier, Bulgaria announced its interest to resume the pipeline project South Stream, which was abandoned following the introduction of anti-Russian sanctions in 2014.