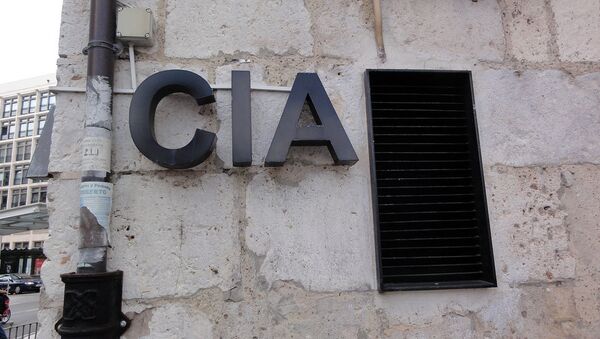 © Flickr / Erik bij de Vaate
Subscribe
International
India
Africa
Former CIA Deputy-Head Michael Morell, who has thrown his support behind Hillary Clinton for the US presidency, said Tuesday during “CBS This Morning” that Russians and Iranians in Syria should be killed covertly to make their countries "pay a price."

Ex-CIA Chief Who Backed Killing Russians 'Knows Nothing About Diplomacy'
Morell caused a firestorm with his comments, with Franz Klintsevich, the defense and security official at Russia's Federation Council, saying that such remarks could fuel tensions between Moscow and Washington and lead to open confrontation.

Ray McGovern, a retired CIA analyst, whistleblower and political activist told Sputnik that Morell "is not a person to be taken seriously" for, by trying to act tough, he is simply taking the same line as Hillary Clinton, while angling for a high position under her administration.

​"He is not a serious person. He has shown himself willing to do the bidding of those who lied about the intelligence before the Iraq war, bear in mind that intelligence was not mistaken, it was fraud, and he supervised much of it," McGovern noted.

"But the notion that he can be so childish, so adolescent, so much upfront about how tough he is, how he is going to kill Russians and kill Iranians…predicts a continuation of this feckless policy from which there is no exit and which really is a fool's errand."

"The Russians are trying to separate the people that we don't want killed from the people that they're fighting with, al-Nusra for example, an acknowledged terrorist group. The problem is that to the degree these ‘moderate' rebels have any strength at all, it's with al-Nusra, and so they can't be separated. And so the Russians bomb them and the Pentagon says ‘Well, OK,' but the CIA says ‘Hey those are our guys that you're bombing, please stop!'"

What's Behind Ex-CIA Chief's Calls to 'Kill Russians' in Syria
According to McGovern, only people like Clinton and Morell have been in favor of what the CIA has been doing, not the Pentagon.

In addition to endorsing Clinton in a New York Times op-ed last week, Morell has also called the Republican nominee Donald Trump Moscow's "unwitting agent," unfit to be the leader of the US. In his turn, Mr. Trump dismissed Morell's allegations and accused him of lying to cover up for the deaths of US embassy staff in Benghazi.