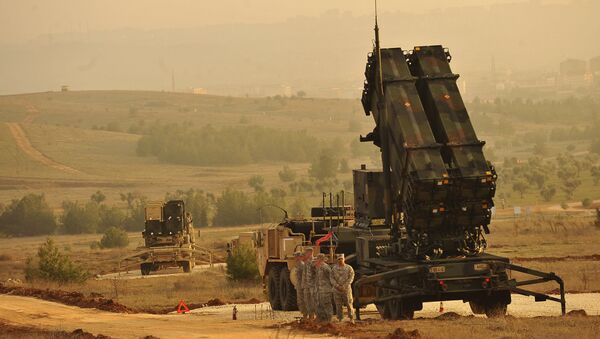 Turkey’s intent to boost defense industry cooperation with Russia should not be interpreted as a step against the North Atlantic Treaty Organization (NATO), Turkish Foreign Minister Mevlut Cavusoglu said Wednesday.

MOSCOW (Sputnik) – Turkish President Recep Tayyip Erdogan, in the first reconciliatory meeting with Russian President Vladimir Putin on Tuesday since the downing of a Russian jet by Turkey last fall, named defense industry as one of several sectors where Ankara intended to bring ties to pre-crisis levels.

“The decision to increase cooperation with Russia in the field of defense is not a move against NATO. There are NATO countries that cooperate with foreign states in the defense sector, including importing missiles,” Cavusoglu said in an interview with Turkey’s Anadolu news service.

He explained that Ankara’s move to seek defense cooperation outside the Western military bloc stemmed from its dissatisfaction from exclusive work with NATO member states to date.