Japan Advocates Disarmament Yet Unwilling to Abandon US 'Nuclear Umbrella' 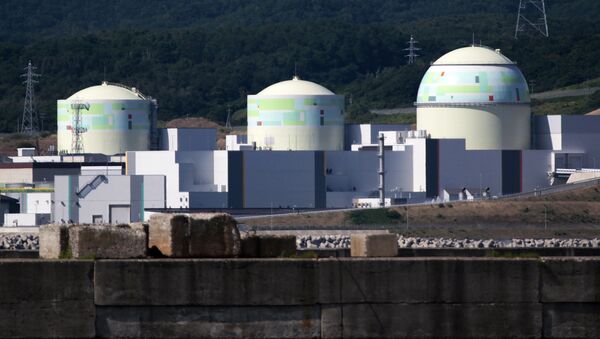 © AFP 2022
Subscribe
Russian political expert Valery Kistanov told Sputnik that the Japanese government's policy in the nuclear field is very controversial. According to him, the recent statement by the mayor of Nagasaki along with his criticism of the policy of Japanese authorities have attracted great attention to the issue.

Nagasaki Mayor Slams Tokyo for Relying on Nuclear Deterrence
Nagasaki mayor Tomihisa Taue slammed the Japanese government for the fact that it "still relies on nuclear deterrence while advocating nuclear weapons abolition". According to Taue, the Japanese government should play a part in creating a nuclear weapons-free zone which will put an end to supporting the policy of nuclear deterrence.

In an interview with Sputnik, Director of the Center for Japanese Studies of at the Russian Academy of Sciences Valery Kistanov said that Nagasaki's mayor showed extraordinary courage speaking on the topic in such a critical way.

"We can even say that his statement was very courageous: both in terms of concrete proposals on the achievement of a nuclear-free world, as well as in terms of criticism of the policy of its own government as an extremely controversial one," the expert said.

"The contradiction lies in the fact that the Japanese government and Japanese politicians are positioning Japan as the world's only country to have suffered atomic bombings. On this basis, Japan claims to be the leader in the movement for nuclear disarmament, but at the same time it does not abandon the American ‘nuclear umbrella'. In principle, this contradiction has long been evident, but in recent years this contradictory situation somehow remained in the background. Therefore, the statement of the Nagasaki mayor will definitely attract much attention," Kistanov added.

To resolve this contradiction, the mayor suggested that the Japanese government should adopt new legislation containing "three non-nuclear principles": not to possess, not to produce and not to import nuclear weapons into Japanese territory.

"This is a very reasonable suggestion. But the problem is that it can be accepted and then voluntarily given up again as it was the case with Japanese principles in the field of arms exports," Kistanov said.

"Meanwhile, there is a new Minister of Defense in the new cabinet recently formed by Abe, a woman named Tomomi Inada. She is not a professional soldier, but politician, who at the same time has conservative nationalist beliefs. She said that Japan does not intend to acquire nuclear weapons now, but the situation may change in the future. These statements provoked protests not only in China but also in South Korea. So, Japanese politics is indeed characterized by a certain inconsistency regarding the three non-nuclear principles," the expert stated.

US Won’t Apologize for 'Test Blasts' at Hiroshima, Nagasaki that Killed 226,000
On Tuesday, the Japanese city of Nagasaki was commemorating the 71st anniversary of the nuclear explosion on August 9, 1945, when the United States dropped an atomic bomb on the city, killing about 70,000 people. Three days earlier, on August 6, the US also exploded another nuclear bomb in the Japanese city of Hiroshima claiming lives of about 150,000 people.

Despite the disastrous consequences of the bombings, the White House still refuses to issue an apology to the people of Japan for what some historians call an act of genocide. Many in the United States believe that, despite the carnage, the use of the weapons was a necessary evil to bring about a quick end to World War II.