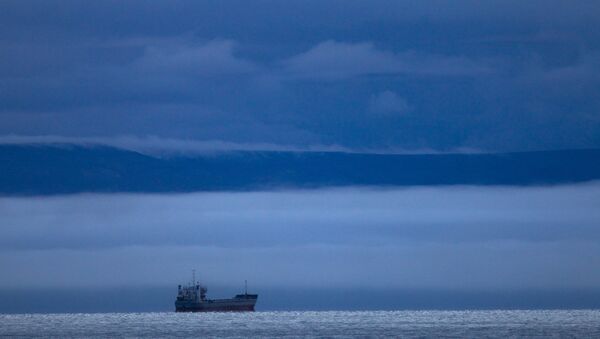 A team of Siberian historians discovered the wrecks of two ships from the 19th century during a special expedition of the Russian Geographical Society in July. Arctic.ru, a special project of MIA Rossiya Segodnya, asked one of the travelers - Alexander Goncharov - to share his impressions of the expedition.

Old Believers Guide Russian Commandos Through Siberian Wilds (VIDEO)
Two researchers were floating down the river of Yenisei on an inflatable catamaran for one month hoping to find traces of ships travelling to the region in past centuries.

The first ship — the British steamer "Thames" — the researchers said to have found near the town of Turukhansk, while another ship, the Russian "Severnoe Siyaniye" ("Northern Lights"), was discovered in Taimyr. 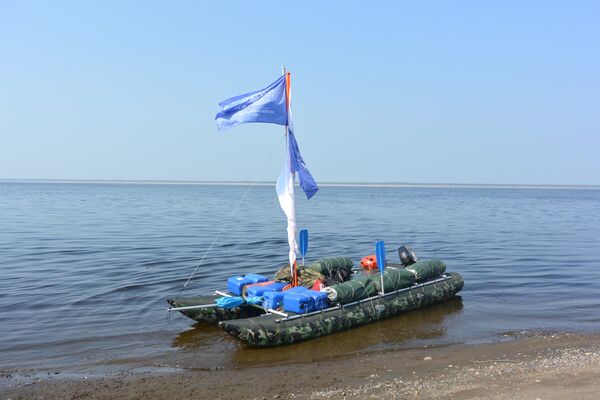 "We were confident about the "Thames," we immediately knew that it was it. There couldn't be any other ship there," Goncharov said. 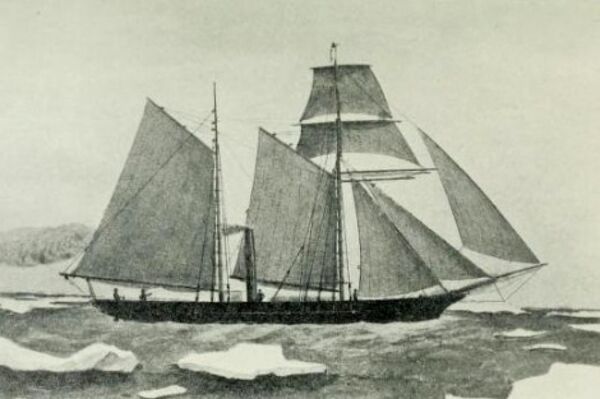 The wrecks of the "Thames" were found in the mouth of the river Salnaya Kuria (Yenisei's tributary) near the village of Goroshikha at a depth of approximately 2 to 10 meters. According to Goncharov, the steamer arrived on the Yenisei in 1876 with the famous English explorer Joseph Wiggins on board. However, in Siberia, the English steamer was put to a serious test. In 1877, the vessel ran aground and was firmly frozen.

"After spending the winter there, Wiggins tried to return to England, but went aground near the town of Igarka. After that, he sold the "Thames" to the merchants of the town of Yeniseisk. The merchants tried to pull the ship, dragged it to the river Salanya Kuria, and finally broke it through and drowned. It remains buried there forever," Goncharov stated.

US Surveillance Flight Makes Emergency Landing in Siberia
The other ship — "Northern Lights" — got in trouble at the same time as the "Thames", in 1876. The ship was on its way to St. Petersburg, carrying on board graphite, samples of local wood, scientific collections for metropolitan universities, as well as birds and animals destined for the St. Petersburg's zoo. The ship was hit by severe storms and cold and was forced to spend the winter at the Yenisei. 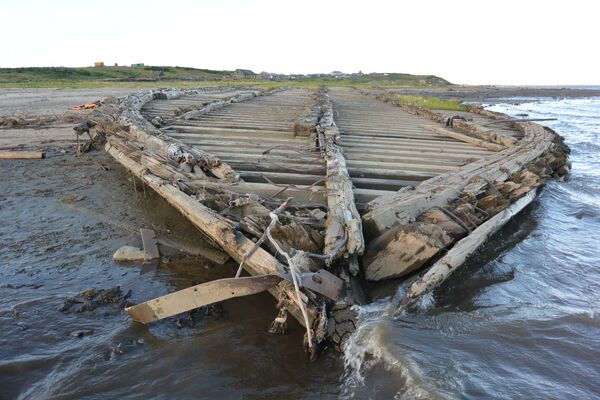 Wooden barge on the banks of the Yenisei river
© Photo : Where Thames Meets Yenisei Expedition

After a quarrel with the ship's skipper, a local official banned the islanders from selling food to the ship crew. As a result, the crew starved to death. According to Goncharov, the ship was hard to identify. It was hit by numerous storms and was severely damaged. 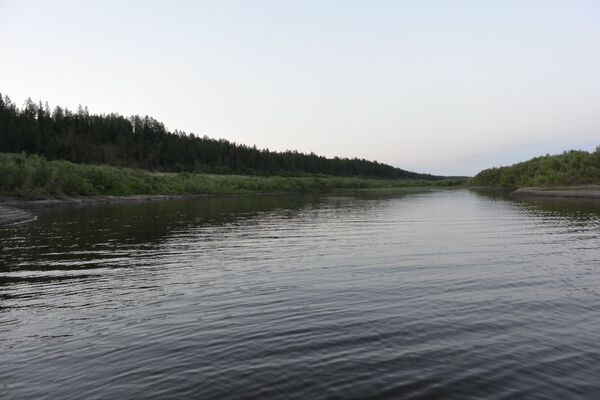 "Thames" was found in the mouth of the Salnaya Kurya River
© Photo : Where Thames Meets Yenisei Expedition

"To do this, we needed to conduct scientific, archaeological work. The monument is marked on the map, maybe we will able to send a team of archaeologists there in the future to confirm it. For now, we've made only a superficial identification," Goncharov stated.

The expedition was organized by the Expeditionary center of the Russian Geographical Society in the Siberian Federal District and the Siberian State Aerospace University named after academician M.F. Reshetnev.