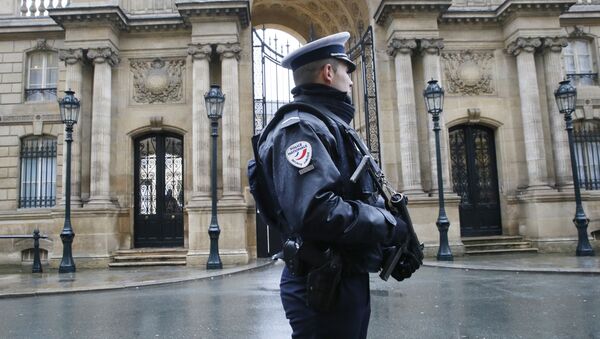 © AFP 2023 / PATRICK KOVARIK
Subscribe
International
India
Africa
France, and particularly its capital Paris, one of the most historically popular tourist destinations in the world, is facing a major decline in visitors following a string of deadly terror attacks.

France Can't Defeat Terror so Long as It Stays 'Obedient' to Berlin & Washington
To the dismay of business owners, tourists from the US, Asia, and the Middle East have been discouraged from visiting, tourism minister Matthias Fekl said, in an interview French newspaper Le Journal du Dimanche.

The biggest drops in arrivals, however, were among Japanese, down by 4%; Russians, down by 35%; Italians, down by 28%; and Chinese tourists, falling 20%, the International Business Times reported.

The decline began in November 2015, when gunmen killed 130 people in Paris. In Nice in July, 85 people were killed when a terrorist drove a truck through crowds gathered for Bastille Day celebrations.

According to the Paris region’s tourism office, foreign tourist arrivals fell by 10% from January to May 2016, compared to the same period in 2015, the IB Times noted. Hotel occupancy in June dropped 12% from the same time last year, and the number of flights arriving in the month of July has dropped 10% from that period in 2015.

"The main reason for this fall (in the number of tourists visiting Paris) is the fear of the risk of attack, which is weighing on a lot of foreign customers, generally from far away, particularly Asian customers who are averse to risks, who don't know these security problems in their own countries in general — I'm particularly thinking of Japan — and who are afraid of coming to France, to Paris, in Europe generally," Thomas Deschamps, statistics officer for the Paris Convention and Visitors Bureau, told the Times.

While the decline is not good for an economy that relies heavily on tourism, those who make the trip see far shorter lines at popular destinations such as the Eiffel Tower and the Louvre.